A two part interview by photo-jpurnalist, Mr. Murali, taken on the day of the book launch of our compilation of short stories - 21 Tales to Tell.

Videos of the launch 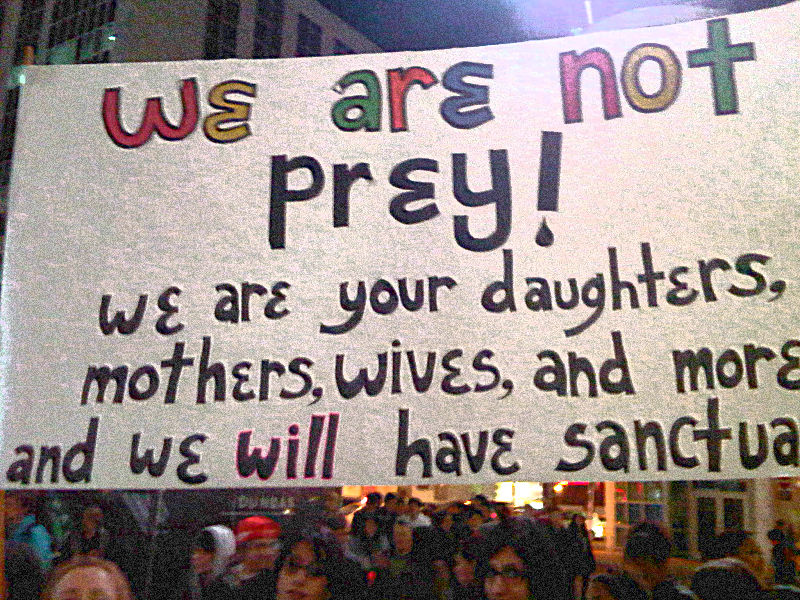 “‘Nirbhaya's’[1] death will not be in vain!” So proclaimed a VVIP after the horrendous gang rape in Delhi in December 2012. However, another gruesome case soon after turned into yet another sad statistic. And another, and another....

An innocent five year old girl was found cowering in terror and pain, after having been raped by two monsters. Doctors found a bottle and candles inside her, as a nation looked on in disbelief. So much of agony inflicted on a flower-like little child, who should have been enjoying her childhood! When she went missing, her parents went to the police station to register a case. They had to wait for hours before the sluggish authorities filed a complaint, resulting in precious hours lost. The police did not search the building in which the family lived. Consequently, the little girl was raped and brutalized over three days. Finally her cries attracted a neighbour’s attention, and she was recovered.

What were the policemen doing, meanwhile? One specimen had the audacity to offer Rs. 2000 (40$ approx) to the family to hush the matter up, without going to higher authorities. While there are dedicated policemen who do aid the helpless, these men in khaki were certainly not part of them. Unfortunately, most policemen are tarred with the same brush, as accusations of their insensitivity and callousness towards the weak are hurled around.

Aamir Khan’s latest version of ‘Satyameva Jayate’ highlights the apathy of the police, the medical fraternity and the judiciary against rape victims. Callousness and gross neglect, coupled with the urge to treat these poor victims as mere statistics is uppermost on their minds. When will this mindset ever change? Only when these offenders are held accountable, and made punishable for their actions, of course.

The youth have been coming out in droves to protest against rape cases, as well as atrocities against women and children. Unfortunately, there is no dart board towards which their darts can be directed; for this is as clichéd as closing the stable door after the horse has fled. The victims have undergone throes of suffering, as the perpetrators’ attitudes imply that the law will never move swiftly enough to harm a hair of their heads. Since their faces are covered, it is clear that no one else can do so either.

Thus, a young girl gets gang raped in a bus, three brutalized sisters are found dead in a well, acid wars scar girls for life and little children are targets of sexual crimes everywhere. Television anchors scream along with their honourable panellists about the inexorable wheels of justice in the country, the very tempting option of castration, and of course, hanging till death. Capital, one is tempted to say, except that capital punishment never quite adds up, given the number of advocates against it.

So, sex fiends and murderers, child molesters and acid throwers go on a rampage, secure with advocates (pun intended!) on their seamy side, clamouring for human rights options for their clients. What they conveniently forget is that human rights are for humans, not for beasts and monsters!

The Boston bombings were all over the news last year. President Obama spoke movingly of the people who had died and those injured in the blasts, the epitome of dignity, as he spoke of no mercy for the bombers. America listened in silence, as did the TV reporters, the media and the bereaved families, all willing to place responsibility in the hands of the authorities. There were no outbursts, no voices that spoke against the Government, as even the Opposition sent out a silent message of solace and solidarity.

Back home, the Government floundered in the mire, unwilling to take strong penal measures; the Opposition girded its loins and jumped into the fray, thrilled to have a juicy morsel to sink its teeth into. Next emerged the social activists, with their holier-than-thou attitudes, talking till blue in the face, about the death penalty not being the way to reformation. Media hounds had a field day as they cajoled, provoked and preached in turn, milking the situation for all it is worth. No wonder that certain news channels today have higher TRP ratings than even Ekta Kapoor's soaps.

The Criminal Law (Amendment) Ordinance, 2013, was brought in subsequently, expressly recognizing certain acts like acid attack, sexual harassment, voyeurism, stalking and attempts at any of the above, as major offences, to be dealt with under related laws. However, rapes and sexual assaults against women and children continue, unabated, even after this. Obviously the law is far above the common man, or woman, in this case!

The present scenario mirrors the Tower of Babel - leaders speaking in different tongues! Certain MPs demand the death penalty for rapists, others want laws that work as a stringent deterrent. One Chief Minister seeks police reforms and time-bound action against criminals, and a seasoned politician, (probably with pepper and salt), blames the Government's ‘neo- economic liberalized policies’ for unleashing the 'animal spirit' in society. Other causes are taken out of the kitty - the decline of social values, western influences, provocative clothes, vulgarity in films and television - take your pick! A lady Chief Minister even made the horrendous claim that ‘so-called intellectuals and social workers’ who discuss rape on television are associated with pornography, and only discuss rape on talk shows for money. As a quote attributed recently to Madeline Albright went, “There is a special place in hell for women who do not help other women.”

The excuses are many, the complaints myriad! However, the fact remains that India, the country that begot non-violence, has turned into a hell hole for women and children, a fact that should make the Mahatma turn in his grave! Farhan Akhtar’s poignant poem after the Delhi rape case says it all:

[1] At REF, we do not believe in labelling or calling the 23-year-old girl in Delhi names like Nirbhaya or Amanat, however, this statement retains the name in order to reproduce a quotation verbatim.

Published by the Red Elephant Foundation

Deepti Menon has always believed in the power of the pen. Having done her post graduation in English Literature and her B.Ed. in English, she had the option of teaching and writing, and did both with great enjoyment. She started writing at the age of ten, long before she acquired a Diploma in Journalism. Deepti also had the advantage of being an Army kid, and later an Army wife, and loved the idea of travelling around India, meeting new people and acquiring new skills. She firmly believes that much of her personality was honed during those travels. For Deepti, writing needs to sparkle with simplicity and originality, and she strives to find that one word that conveys her ideas most meaningfully to her readers. She believes that Mark Twain had the right idea when he said, “The difference between the right word and the almost right word is the difference between lightning and a lightning bug.”