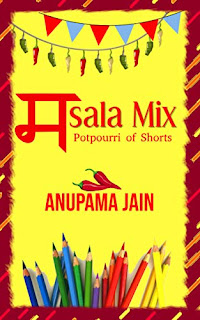 There are stories, and then, there are stories! Anupama Jain has been known as the Queen of humour, and her earlier writings have always left her readers in splits. Acerbic and funny, she has proved that she can turn any topic into a laugh riot.

With this anthology, she has showcased another facet of her writing as well. These stories have been taken straight from life, pulsating with reality, hitting an emotional chord in the hearts of the readers. The humour is there in places, but these tales are meant to make people think, and reflect. The situations are simple, the solutions even simpler. Live problems are portrayed, and the language used is apt for the story it highlights.

For example, ‘A Scarlett Twist’, a brilliant pun on the title, captures its theme in a non-nonsense manner, which is spot on.

‘Conversations Between Husband and Wife’ is a hilarious retelling that emphasizes the fact that he, or she, who has the last word wins.

‘Banking on Wrongun’, a quaint title, sparkles with sarcasm, while ‘Is Wrong the Right?’ ends on a wry, almost O Henry-ish twist.

These stories can be read anywhere, anytime. They state universal truths in language that is conversational, at places colloquial, which makes them more relatable. One line that illustrates this point goes thus. “In an aged marriage, when the day is divided into a well-oiled routine and an unwavering schedule, the overwhelming silence between the partners silences any intention of communication.”

With this book, Anupama Jain has, once again, proved that she can write on any topic with ease.

It is tough to pinpoint which of the stories I enjoyed the most, but ‘Mum’s the Word’, ‘Faith Renewed’ and ‘Krishna and Vasu’ worked their magic on my heart. The title ‘Masala Mix’ works brilliantly because this potpourri of shorts does smell sweet, indeed, coupled with that vibrant yellow cover that instantly catches the eye.

I look forward to many more stories from Anupama Jain. 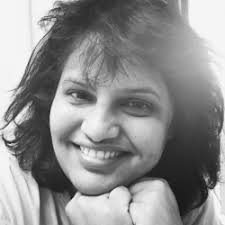 A Killer Among Us by Ushasi Sen Basu 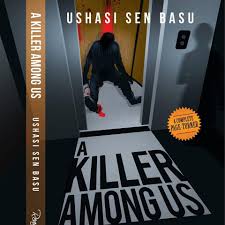 When a title like this leaps out at you, with a cover that sends a chill down the spine, an expectation arises that the story be as compelling. What a wonderful premise – an old, run-down set of flats in Kolkata, Panorama Apartments, with a murder and a whole pool of suspects, each replete with their own quirks.

The characterisation of these suspects is deft – Ira Dutta, a young and feisty journalist; Nandana Roy, middle-aged and “an unsung martyr to the altar of domesticity”; Deepa, a single mother, disciplined and taciturn; the old lady, Mrs. Ghoshal, almost akin to an Indian Ms. Marple, twittering and birdlike, addicted to her television serials and her aromatic fish chops; the voluble Pallabi and her secrets; and the gentle Kedarnath, knuckling under his old mother’s thumb.

The mystery is reminiscent of an Agatha Christie novel, as red herrings are strewn around and the suspense mounts, leaving the readers racking their brains to hunt for clues that will unravel the devious plot.

The questions keep piling up as the minds of the readers shuttle between suspects, like the to-and-fro movement of the lift that contained the victim. The dead man’s account is a piquant device added by the author to help move the story forward.

The book deals with modern day dilemmas as well – the frustration over mundane careers, lives being ruined through past misdeeds, the suffocation of not being allowed to follow one’s choices and the like.

Ushasi Sen Basu’s instinct for the right word shines through. For example, she describes how death changes people.
“They spoke their minds, revealing themselves as the small and toxic things they were; instead of dealing in the usual discreet sugar-coated sniping and innuendo.”

‘A Killer Among Us’, an offering from Readomania, lives up to the promise of its title, a must-read especially for aficionados of mystery and suspense. 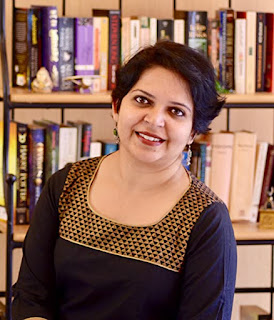 The Boundaries of Sanity - Short Stories of Mira Saraf 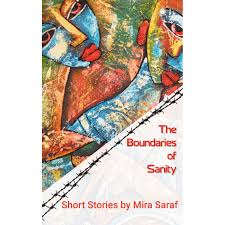 A well-written short story is a piece of art. It encompasses whole lives within it, much akin to seeing a world in a grain of sand. Mira Saraf’s stories do just that. In a short anthology of five stories, she brings in a melange of extremely powerful emotions that overwhelm the reader.

The book veers from the bliss of solitude, where the protagonist “dreamed of familiarity, of friends, of family, of a time before her rapid downward spiral”, to a scenario where guilt takes centre stage till realization strikes, with the assurance that it is okay to let go.

Suspicion and paranoia can both be debilitating, as can be loss of memory and the fear of living a life gone awry, especially when one is a writer, producing words. “One after another, like footsteps on a long journey.”

What happens when a failed novelist whose “writing had the flavour of stale cardboard” finds the right muse?

Mira Saraf’s stories tread that space between sanity and its spill over the edges. They are written in a style that draws in the readers, with that hint of suspense that make them stay aboard. The main characters seem to be holding on to the last shards of their sanity, and yet, the stories, all but one, portray the light at the end of a tunnel.

‘The Storyteller’ is my favourite story, followed closely by ‘The Mirage’.

The cover of the book, with its traditional feel, goes perfectly with its unusual theme.

A book from the Readomania stable that needs to be read, and savoured! 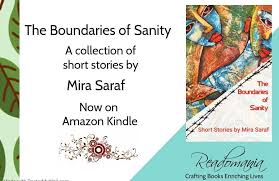 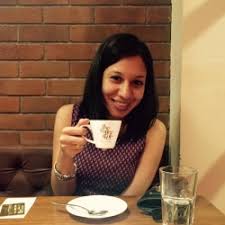 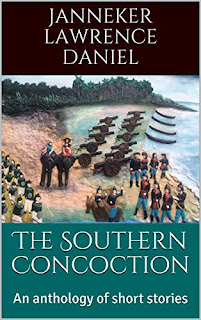 When a Professor of English writes a book of short stories, the readers are in for a literary feast. This anthology boasts of five stirring stories which touch the heart in myriad ways. All of them are based in the Indian subcontinent and have themes that cannot be dovetailed into separate compartments.

The first story, ‘The Banana Leaf’, deals with the dilemma of the stateless and homeless Rohingyas and the trepidation surrounding their search for a place they can call home. It throws light on the unceasing work done by human rights activists to save refugees, and the beauty of the story is enhanced by its poignancy.

‘The Crossover’ has a different tale to tell as it strives to explore the challenges of growing up and discovering that one is different. Cross-gender issues have been addressed and handled positively here.

What happens when an entire city comes out in protest against a company that has not been protecting their rights? One young father becomes “part of the human flood walking for the sake of their children and their city”. The story, ‘The Red Ball’, wrenches the heart even as it delivers a sucker punch.

Janneker Lawrence’s stories reveal a sense of nostalgia and an old-world charm, whether in the saga of the outlaw of Tinnevelly, Jambulingam, whose strength was “the stuff of folklore” in ‘Captain of the Watch’. Or the friendship between Ananthapadmanabhan and Eustachius De Lannoy, whose lives crossed in Colachel in Travancore after a ruse akin to that of the Trojan Horse in the Iliad.

The author’s love of nature comes out in his picturesque descriptions of humming forests punctuated by “the music of the wild” and “the occasional trumpeting of wallowing elephants.”

Janneker Lawrence Daniel has used the eternal motifs of friendship, bravery, humaneness and fear to embroider the fragments of his stories, a technique that makes them stand out against the fabric of the world. He uses the felicity of his language and his intuitive use of the right word to perfection.

A few printing errors notwithstanding, this is an anthology that needs to be picked up and savoured. Here's to many more stories and books by this erudite author! 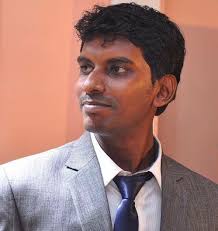