‘Tales that Entail’ by Jaseena Backer is an anthology of stories that are hard-hitting and realistic. Right from the first story, the author assures us that this is not going to be an easy read. The themes dealt with are weighty, revolving around domestic and marital violence, exploitation and molestation. Others border on possessiveness, neglect, low self-esteem stemming from an unhappy childhood.

However, in most of these stories, there is a tenuous thread hope that runs through them, as the protagonists suffer, claw themselves up, fight back and finally emerge into the light, triumphant. In the first story titled ‘My Life, My Choice’, it is retribution that plays a significant role. As the protagonist says, “When you craft your own life, you pick your own date.”

Another tale titled ‘The Arabian Nightmare’, which is “a medieval tale of exploitation, sexual abuse and polygamy”, the protagonist gathers strength to save herself and many others.

Often, the protagonists, who face humiliation and mistreatment, find saviours in their lives who lend them a helping hand, like in stories like ‘Blame Game’, ‘Lily’, ‘He Loves Me, He Loves Me Not’, ‘Khushi’ and ‘Paid in Full’.

Jaseena Backer does not believe in mincing her words. She makes her characters walk on thorns, and when they are just about to give up, she brings in hope and resilience into their lives. Does a family need a man to be happy? How important is respect in marriage? What completes a marriage? Can love, once lost, ever be reclaimed? These and many other soul-searching questions shine like beacons across the book, and the answers often appear in the stories themselves.

If I had to pick a few of my favourite stories, they would be ‘Paid in Full’, ‘Poetry on the Wall’, ‘Reclaiming Love’, ‘Kanyadaan’ and ‘Judge and Jury’, maybe because all of them reveal how life holds out a second chance, if only one realizes it.

‘Tales that Entail’ is a book that deserves to be read. Despite the printer’s devils that leapt out due to formatting issues, that is not the fault of the writer whose story telling skills are tremendous. Here’s to more power to Jaseena Backer’s pen! 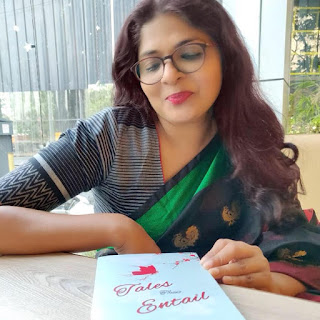 'It Couldn't Be Done!' by Edgar Albert Guest - Video Reading

2020 - LITERALLY LITERARY! A NOTE OF GRATITUDE! 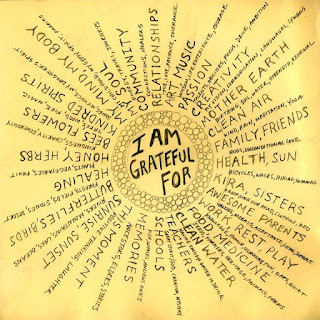 Charles Dickens could have been speaking of 2020 when he began ‘The Tale of Two Cities’, a book that remains one of his masterpieces.

It was, no doubt, the worst of times! The world watched, helpless and horrified, as a tiny virus sneaked into its timeline, and wreaked havoc globally. No country was spared, as the whole of humanity went through a series of emotions – bewilderment, disbelief, understanding and finally, the realization that this was the mother of all challenges. Lockdowns creaked into place, masks came into being, sanitizers sold like hot cakes and social distancing became the new mot juste of the times. 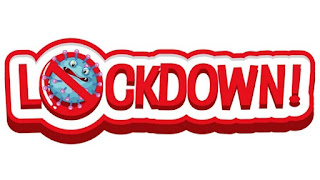 Countries closed their doors, flights were stopped, travel became a rarity. The moment a glimmer of hope was seen, it was quickly scotched by the eager beavers who believed that nothing could go wrong, behaving disgracefully till things actually went wrong under their very noses. Often, it was innocent bystanders, who were standing nowhere in the vicinity, who were dragged in, unwittingly. All in all, it was a glum scenario with no light at the end of the proverbial tunnel. For the virus, which mutated and rose in potency, could have been hiding in the very same tunnel. 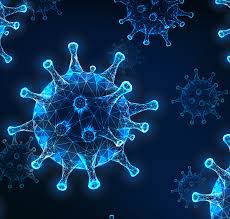 Yet, in many ways, it could also be termed the best of times, or at least the best in these trying times. Education turned completely online, and students, teachers and parents scrambled on to the band wagon, trying to tune their systems to keep up with the times. While teething problems were galore, slowly new skills were learnt and across the globe, people started coping. The resilience of the human spirit came to the fore, as it adapted to a brand-new world of computers, online meetings, and a tech savvy scenario.

Life had turned turtle for us personally as well. We were all set to go abroad to meet our precious grandchildren when suddenly, all flights were cancelled, and a lockdown imprisoned us within the country. That was heartbreaking, and yet, there was nothing we could do about it. Millions were in the same position. 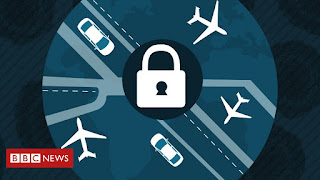 As a writer, however, this was a particularly fruitful period for me, and for several of my writer friends. Our creative juices bubbled in a cauldron of literary activity, and our publisher, Dipankar Mukherjee, and his talented editor, Indrani Ganguly, made sure that they added on their own potent elements to spur us on. Hence, Readomania brought out seven anthologies on myriad themes, and all of us, literary comrades-on-arms made sure that we burnt the midnight oil and wrote for most of them. I was thrilled to find my stories nestling within five.

2020 will always be the COVID year for all of us. However, it will also remain the landmark year for me personally when I was able to bring out two solo books as well. The first whetted my appetite for thrillers stories and was an anthology titled ‘Where Shadows Follow – Tales that Twist and Turn’. (Readomania) 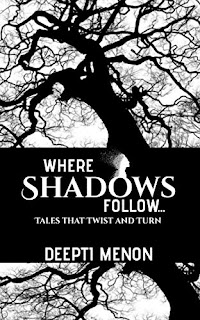 The next series, again from Readomania, was an absolute turnabout and a book for children – 'Classic Tales from the Panchatantra’. These initially came out as four volumes of five stories each, and then as a compilation of twenty stories in one volume. I loved working on them and what was especially heartwarming was that my publisher gave me a chance to draw the illustrations for each of the stories, along with my daughter, Priyanka. There we were, going back in time, when we used to doodle on bits of paper and both of us enjoyed the experience thoroughly. My granddaughter, Zoya, inspired by her mother’s sketches, sat down and drew the cutest little lion ever, which went into the dedication of the books. 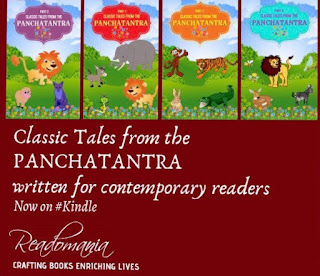 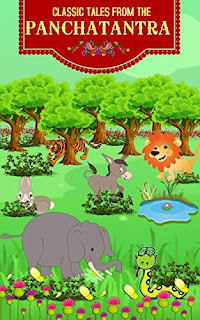 It was then that a dear friend, Sangeetha Shinde, called me up and asked me if I would be part of an anthology of gritty women’s stories, many of whom were survivors of abuse in one form or the other. God having been kind to me, I have never faced such a scenario, and instead, I wrote about my life as an Army wife, along with its joys and tribulations, all in verse form, for that was the format of the whole book. It was a powerfully moving book and celebrities like Kabir Bedi, Shreekumar Varma, Suhasini Maniratnam and many others were part of its nationwide launch. 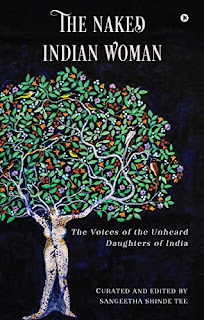 A fitting finale for the year was working on ten stories adapted from Shakespeare’s plays for children. The stories were done by November and were sent out to various young beta-readers, who perused them and let me know what appealed to them, and what didn’t. A few more readings and hopefully, that will be another piece of my heart out there for public viewing.

As December, my birthday month came around, and Christmas after, it was time to make a gesture of gratitude. As a giveaway, I decided that I would gift copies of my earlier book, 'Shadow in the Mirror' to reader friends and acquaintances. 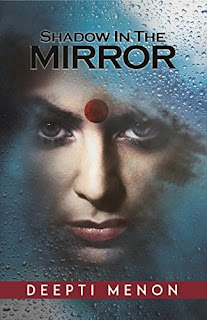 As the New Year begins in earnest, it is only fit that I offer gratitude to all those who made the year that has gone by bearable.

So, thank you, to my incredible husband, my amazing daughter and son-in love, and my adorable grandchildren for fostering joy within me,

My two wonderful mothers, sisters, brothers-in-love and numerous nephews and nieces for having made me smile through the difficult times,

My intrepid publisher and his team who encouraged me and my never-tiring literary companions and writer friends who wrote and read along with me,

My colleagues at school and my students who constantly wrought magic by doing impossible things,

And, of course, all my friends, online and offline, who have always held my hand, encouraged me whenever I have posted anything, and helped me climb mountains…

Finally, to the Universe for having conspired to make things happen!

You know who you are, and you are all wonderful… thank you! 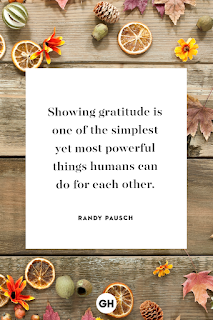 A TICKET TO LOVE BY NITHYA RAJAGOPAL 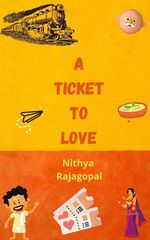 ‘The Red Notebook’ introduces the readers to the kind of stories that nestle within this slim volume. Ganapathy and Sheila, and their children, Arjun and Meera, arrive at Chennai from London to spend time with a recently bereaved Mallika, Ganapathy’s mother. Two worlds are juxtaposed here and the traditional and the modern overlap in the most unexpected ways, with the help of a fascinating red notebook. The final paragraph stays in the mind, poignant yet joyous.

Sibling rivalry is the theme of story number two titled ‘Jaipur, With Love’, in which Pandurangan, the unlikely hero with “an innocent goodness that made people dote on him,” travels from Kanyakumari to Jaipur. His quest is buoyed up with a burning vengeance within his heart. As he meets various people up North, the tale keeps the reader wondering if he will achieve his end, almost resembling a Malayalam movie with its numerous references.

In the third story, ‘Karuppasamy’s Secret’, a quaint little mystery is played out, whetting the readers’ appetites. Right from Karuppasamy, the protagonist, his “veteran employee”, Murugan and the mild-mannered Sarvesh who was “the punching bag between management and the staff” to the “devout traditional” Pankajam and the “charming and mysterious” Lathika, the characters play their roles with flair, right till the piquant end.

‘Arriving in Chennai’ reveals how archaic mindsets get dissolved when love takes over in a city that was never expected to be one’s own, as in the case of Amit who moves from UP to Chennai, and finds his life turning over.

Nithya Rajagopal’s panache in the writing craft is revealed in the seeming simplicity of her stories which handle the most complex of themes with ease. Prepare to receive a ticket to love when you muse over these four delightful stories along with a samosa and a hot cuppa! 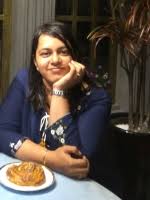