Superheroes need not always be men with amazing strength and the power to take on an army of enemies and come out victorious. Sometimes there are ordinary men who have qualities of greatness in them, which make them heroes in the eyes of their loved ones. This article is dedicated to one such wonderful man whom I have known and admired, not for his longevity, but for the sheer zest for living that made him a colourful actor on the stage of life!
My maternal grandfather, my Muthassan, was a tall good looking gentleman who got better and better with age. Age did not dare wither him, and he could have posed for the portrait of Moses or any such venerable figure in his seventies. Muthassan had a prodigious collection of books, most of which could be found verbatim within his prodigious mind. What I found fascinating in all his well-thumbed volumes was that almost every page found comments written in his crabbed but legible hand, comments that could make me pause, ponder, understand, and many a time, burst into giggles! For he had an impish streak that made him rise above the author’s mind and add on his own pithy humour. When I was eight I knew poems like Tennyson’s ‘Lady Clare’ and Longfellow’s ‘Psalm of Life’ by heart, and maybe it was his sonorous rendering of the lines that made me opt for Literature, much to the dismay of my professors. Muthassan was not a pedantic scholar... he made use of Literature to illustrate mundane examples. He could quote profusely from the Bhagwad Gita, the Bible, the classics, and what was amazing was that he was actually a metallurgist by profession!
As Muthassan got on in years, he became more and more lovable. With his erect bearing and his silver mop of hair, he would stride along the streets, walking stick in hand, smiling genially at passers-by, till he reached the Thrissur Round. There he would make a beeline to Johnsons, his favourite store, and buy a bottle of ink, a ream of paper or envelopes... that was not important. Then he would unfailingly ask for toffees “for my grandchildren, you know!” The next moment he would walk off, having forgotten to pay for the lot. The shopkeeper would ring up my frantic grandmother and inform her that all was well, and the driver would promptly be sent with the money. By which time Muthassan would have reached home, beaming all over his face, holding out the toffees, the only item that had not escaped his mind!
Often, at the stroke of midnight, when the whole world was asleep, we would awake to the sound of all the clocks chiming, even those that had been in hibernation so far, and we would hurry downstairs, only to find a lungi-clad figure, repairing “all these clocks that refuse to work”. On other occasions, the pounding of a typewriter would resound in the silence of the night, and Muthassan would be huddled over his ancient typewriter, trying to put down “that brilliant idea!” that had just struck him. Funnily all the brilliant ideas had a habit of coming to him just when the rest of the family was trying to get some sleep.
Another pastime of his was lugging stones. He would lift the heaviest stones and carry them to the other end of the garden. Once he had positioned them all, he would carry them back to their original spot. But what took the cake was the sight of him standing under a gigantic tree, sawing off a branch right over his head. It took our combined pleas to make him lay off “that disgusting branch”. My poor grandmother was always on her toes, wondering what he would be up to next.
Once in a blue moon, the green eyed monster would take a tiny nibble at Muthassan, mainly when another eighty year ‘young’ gentleman would come a-visiting! Muthassan was never thrilled about the attention that the family would lavish on this gentleman, and would content himself with making sly digs that luckily went over the latter’s head. But these were never malicious for Muthassan didn’t have a single mean bone in his body.
Unfortunately it was a clock that was finally his undoing. One day he was atop a stool, winding one of his beloved clocks when he overbalanced and toppled down. He never fully recovered from the fall, and was bedridden for quite a while. It was heartrending to see him lying down, but he seemed reconciled to the idea for he was the most tractable patient possible. When the end came, it was like the passing of an era for each one of us, for not only had we lost a loved one, but a friend as well! The void was never filled as no one could ever take his place! 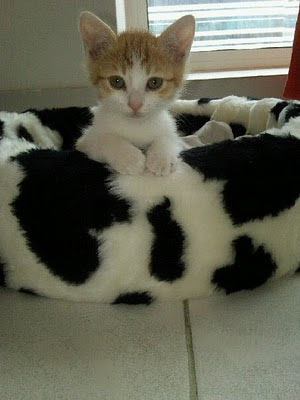 "Cats sleep anywhere, any table any chair!" T.S. Eliot had
probably never met a cat like Rusty - one who prowls about
all night, making weird mewing sounds that run up and down
the scale, from a shrill soprano to a sinister bass. It is
even more weird when he pounces on inert sleeping bodies,
and scares them out of their skins.
When my daughter moved to Dubai and into a flat of her own,
her ever concerned friends landed up on her doorstep with
this adorable honey and white colored kitten, with the most
beautiful eyes possible. They also presented her with a
little cage and a litter box, which Rusty as he was
christened, took to with surprising ease.
Today Rusty is monarch of all he surveys, as he clambers up
the kichen slab, tears up bits of paper or, most irritating
of all, opens out his mistress' wardrobe and pulls her
carefully folded clothes down onto the floor. He pounces at
anything that moves, be it a billowing piece of cloth or a
pair of quick moving ankles.
The day another kitten came a-visiting,Rusty was all over
it, sniffing at it and generally trying to boss over the
terrified creature. it was as though he was saying with a
twist of his whiskers,"This is my home and my space! Don't
intrude!"
One of his favourite pastimes is watching people eat. With
those unblinking green brown eyes, he stares at every morsel
of food as it travels from plate to mouth, even though he
has a special diet of cat food that he digs into with
relish. He also loves little snacks that he is offered on
occasions.
Rusty is known for the exasperating habit of curling up on
his favurite cushion and sleeping during the day, and
turning into an insomnniac at night. There are days when he
makes mewling sounds which sound eerie in the dark,
especially when accompanied by a pair of glowing yellow eyes
shining like headlamps on a moonless night!
The first time we took Rusty for a drive to my sister's
house, he was in his little cage, producing the most raucous
sounds possible, as he rattled around every time the car
braked. The moment we opened the cage door, all we saw was a
streak of greased lightning as Rusty ran out as though his
tail were on fire.
The day my daughter put up a bold orange and black poster
of Barack Obama, her hero, Rusty decided that he was a real
person and gazed at him, making conversation with him as he
mewed for all he was worth. There were occasions when he
would climb up the mantelpiece and stare intently at the
Ganesh idol on top, remaining surprisingly calm for that
length of time. Of course very soon he would be imitating
greased lightning again, pulling down stuffed toys, sinking
his sharp claws into them, and jumping up to pull open
curtain ropes.
Rusty has his own toys... a stuffed grey mouse, four balls
with bells in them and a little yellow rat. But as in the
case of babies, he prefers to poke his nose into areas that
are more exciting... the kitchen and the bathroom, for
instance. It is clear that the proverb 'Curiosity kills a
cat' must have originated after an encounter with a cat like
Rusty!
One very amusing sight is Rusty sparring with his own
reflection. He glares into the mirror, seeing a rival cat
within, and arches his back, even as he stands on the tips
of his claws and pounces furiously on his reflection. His
other achievement has been learning to open the bathroom
door by springing up at the knob and turning it, after which
he sidles in to explore the dark unfathomed caves inside.
Most times when I am sitting at the computer or lying down
reading, I suddenly find Rusty staring unblinkingly at me,
and it is then I realise how much I will miss him when I go
back home to India. And all his little idiosyncracies,
whether it is scraping his paws after using his litter box,
or the quivery quavery sounds he makes as he watches birds
flying outside his window, and especially the endearing
manner in which he curls up on my lap and dozes off. And to
cap it all, Rusty is an exception to the rule that cats are
basically selfish vain creatures, for in his own little way,
he gives us unconditional love, even though he does use his
claws on us while doing so!