Made in heaven but born in war 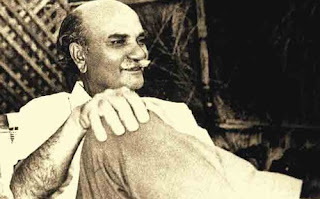 The love story of Lt General Prem Bhagat and his wife Mohini has now been preserved for posterity by their adoring daughter, Ashali Varma, whose life was transformed by the people who worshipped her charismatic parents. The much-admired Mohini from cosmopolitan Poona, was “mesmerised by... the kindliest and most compelling eyes she had ever seen.” Commissioned in 1939, Prem joined the Bombay Sappers and was assigned to 21 Field Company—an event that would catapult him to fame as an expert in explosives and building bridges and roads. From North Africa in 1940, Prem wrote long and chatty letters to Mohini, peppered with humour. When he witnessed the horrors of war, with lives snuffed out in seconds, he felt guilt and sorrow, emotions that he hid from her. On January 31, 1941, the retreating Italians booby-trapped the roads with mines. Prem, leading from the front, had two close shaves with death. He ran into an ambush. The powerful blast shattered his eardrum. Yet he continued what his Commanding Officer termed “the longest continued feat I have ever seen of sheer cold courage”. The feat won him the Victoria Cross, the highest British award for gallantry! The book has anecdotes and memorable photographs. While having dinner at the Taj Hotel, Mumbai, to his embarrassment and her glee, the menu had a picture of him saluting, the Victoria Cross pinned on. He proposed to her over candlelight, and they got married on February 24, 1942. Marriage was a close, loving partnership. When Mohini was expecting her first child, Prem was worried about the pain she would undergo, as also about the new interest in her life. When their son, Dubby was born, he fell in love all over again. Nine years later, Ashali, completed their family. In 1949, as Commandant of the Bombay Sappers, he turned the outfit into a model training centre, taking bold steps to unite his men by introducing common dining, clubs and sports facilities. Later, as Commandant of the Indian Military Academy, he would invite cadets for delicious home-cooked meals. The parents of the cadets, often from rural areas, were invited to pip their wards. Stress on values like loyalty and integrity was paramount. Towards the end of an illustrious career, Prem was cheated of the post of the Army Chief because he was outspoken and popular. Manekshaw, who considered him his natural successor, said, “The Army missed a first rate chief.” Mohini stood by his side. From Jammu to Calcutta, tearful jawans, officers and their wives mobbed them at every station. Post-retirement, Prem was made Chairman of the Damodar Valley Corporation. Once again, he left the stamp of his leadership with his concern for subordinates. The idyllic love story ended when Prem succumbed to a massive allergic drug reaction. Mohini asked for a ceremonial military funeral. As the nation wept at the passing of a war hero, Mohini stood dry-eyed, aware she had a lifetime ahead to mourn him. For 30 years, she kept his memory alive, having presented his Victoria Cross to the Bombay Sappers. Her end came after a painful struggle with cancer. 13th January, 2013 New Indian Express
- February 09, 2013 No comments:

Words of wisdom in Shakespearean style

A new son has just risen, one who earlier refused to be coerced into taking up a position of power, preferring to start as a mere worker. He made sure that he was visible, as he went around the villages, and sat down with the aam aadmi, having meals with them and making himself quite at home. However, D day is here! The young man has been taken into the bosom of his party, and is all set to take up the reins. As expected, the party members are thrilled, and have already begun suggesting that he is meant for higher, much higher things. Whoever said a rose by any other name would smell as sweet, was obviously not talking about our political scenario. A canny old man named Polonius in Shakespeare’s Hamlet is best known for having given some shrewd and practical advice to his son Laertes. Surprisingly, if one shaves the Bard’s language of its extra fittings and trims off the lard, the advice would be just perfect for the heir apparent, advice which his mother could offer to him, in the manner below: Do not speak all that you think, ‘give thy thoughts no tongue’, or act on rash desires, that are out of harmony with the occasion. Words calculated to make one look before one leaps, so as to say! Or again, in Shakespearean words, ‘discretion before valour’. ‘Be thou familiar, but by no means vulgar’. Be friendly, but remember that familiarity breeds contempt, and often, nepotism, as well. Be friends with a few, and keep them close to your soul ‘with hoops of steel’, but do not soil your palm by being over-effusive with every chance newcomer. Be respectful, but maintain your distance from sycophants and hangers-on who want to perch on your shoulder, and train their guns from there. Do not get provoked into fights, but if they are forced upon you, stand tall and give a goodly account of yourself — a principle that sits well in politics, where sitting on the fence is a well-known quality. Lend your ear to every man’s censure or opinion, but ‘reserve your judgment’. Too many gaffes by leaders and politicians have turned them into a laughing stock in today’s scenario. Cut your coat according to your purse, and dress elegantly, not ostentatiously, ‘for the apparel oft proclaims the man’. Cut down on affectation, so that others may not wonder just what you have been up to, to have obtained such wealth. ‘Neither a borrower or a lender be’, for you might end up losing the loan and the friend you held a hand out to. Think of all the diatribes and the poisonous words being used by allies who are dissatisfied with what they have been given, all regular Oliver Twists! The most vital piece of advice of all ... ‘to thine ownself be true!’ Set high moral standards for yourself and for those around you, stick to your principles, and remain above reproach, like Caesar’s wife. Behave responsibly and practically, make integrity your watchword! Isn’t it strange how a master wordsmith from the Elizabethan era could make such perfect sense even today? By Deepti Menon 26th January 2013 07:36 AM
- February 05, 2013 No comments: