THE MIRACLE AROUND THE CORNER! 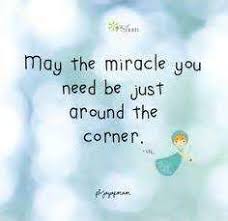 God and I have this wonderful relationship.  I imagined that just before I was born, He said, “Let there be light!” When I appeared, my parents named me Deepti, which means ‘light’ in Sanskrit.

My grandparents were religious to the core and they had this huge pooja room filled with idols of all shapes and sizes. My personal favourite was the pot-bellied Elephant God who was an ally in arms, and a tall blue Krishna who stood in a glass case, with a friendly smile on His face.

My parents were never temple-goers, but they made sure that they never harmed a fly, a philosophy which implied that God resided in every creature. Maybe Mom was not too fond of lizards, but she only kept well away from them. 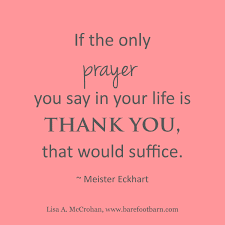 My husband being an Army officer, we found ourselves celebrating every festival with equal fervour.  We would immerse Ganeshas, light lamps, eat delicious langar at gurudwaras, and meditate in silence within the cool interiors of beautiful churches, finding joy in every moment of the festival. The festival of colour, Holi, would find us cavorting in tubs brimming with coloured water, and Id would consist of mutton biryani that melted in the mouth. Christmas was the time for gifts and Santa’s visits, when we would regale our neighbours with carols and stuff ourselves with cake and mouth-watering snacks.

Thus, what happened one day did not surprise me or my husband. We were going for a stroll in the Cantonment with our five-year-old daughter. Shady trees lined both sides of the road, and it was a pleasant, balmy walk. There was a temple ahead and as we crossed it, the little one slowed down. We turned around, only to see her standing in front of the temple, and smiled as she prayed with her eyes closed tight, her little lips muttering something. As we looked on, she opened her eyes, made the sign of the cross and then walked towards us. 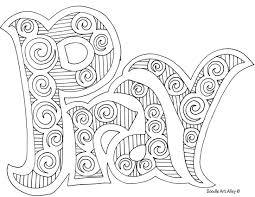 For a moment, we were both stunned. Here was a little girl who, with one tiny gesture, had established that God is one, whether He dwells in a temple, a church, a mosque or a gurudwara. With one small step, she had broken through the centuries of orthodoxy that dictated which deity belonged to which religion, and proved to us that it only takes one little step to create a mighty ripple of change.


If an innocent child could understand this mighty truth, I wonder why so many educated and sensible people fail to do so.

Every change begins with a small step, whether it is a change within your own family, or the whole country! India’s hero, Padman, had its digital premiere on ZEE5, on 11th May. Don’t miss this inspiring true-life story, only on ZEE5.

For every subscription, ZEE5 will donate Rs. 5 towards the personal hygiene needs of underprivileged women. 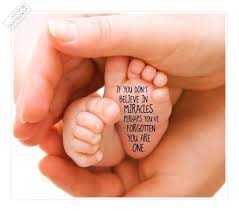 HAPPY IS AS HAPPY DOES! 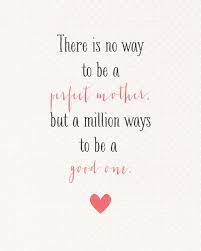 How good a Mom am I?

Never once, over the decades, have I asked myself this question for there are no clear-cut guidelines on the path a perfect mom is expected to traverse. Are there flowers on the sides of the path? Is one expected to smell the roses, even as one juggles a baby on one’s hip? Is there a signpost that proclaims, ‘This way to Happiness?’ Or is it just a question of venturing along the road not taken to make a choice that makes all the difference?

I was twenty-four when I had my one and only offspring – a daughter who brought sunshine into our lives and mischief into our hours. My husband and I were thrilled and decided to be hands-on parents, refusing to take Dr. Spock’s advice overmuch. Luckily, Daddy dear was as enthusiastic as I was, and we took turns at night to tend the baby, a process which left both of us droopy-eyed in the morning, yet strangely satisfied that we were doing things together. It was a period of completeness, and it was heartwarming to see how the babe managed to twist her father around her little finger. 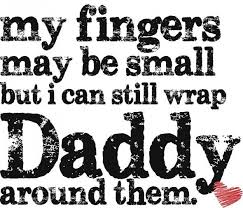 Of course, there were moments of extreme alarm, like the time we were having lunch and our boisterous Labrador came tearing into the dining room, barking for all he was worth. “Bozo, pipe down! What’s wrong?” had no effect on him as he kept tearing in and out of the room. When we rushed in to investigate, we were horrified to find the little one on the floor, having fallen off the bed.

That did dampen our enthusiasm a trifle, but God was in His heaven and luckily, she was not hurt. Later in life, she broke a number of bones, including her collarbone and a couple of ribs, had a knee that slid in and out with ease, and many other trysts with pain, but she proved to be a tough little cookie through it all.

As she grew, I experimented with her diet, tasting various mixtures, some of which were tasteless, others which I was tempted to gobble down myself. Today, looking back at the number of moms who incessantly complained that their babies were picky eaters, I think we were just lucky. Our little one was quite the foodie.

I still remember how I would sing to her and talk to her the entire time I was bathing her. Maybe, that was the reason why she began to talk early enough, and there was none of the baby prattle and mushy language that was enough to turn our stomachs. As Peggy O’ Mara once said, “The way we talk to our children becomes their inner voice.” 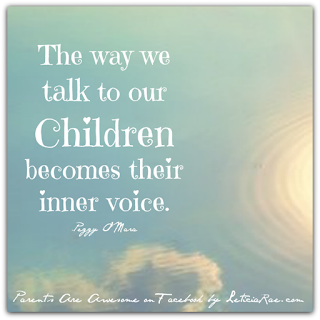 Another beautiful quote that resonated in my heart was by Craig D. Lounsbrough. "Whether you've ever considered it or not, you're an author. And the stories that you write are penned across the hearts of your children. Therefore, be careful with the pen because you're writing on some very precious paper."

My husband being an Army officer, we had wheels under our feet. Two years in one house, and there we would start feeling the urge to move. The little one loved to meet new people, see new places and enjoy all the wonderful phases that the Army led us through.

School was a whole new kettle of fish. Our little Missy gave her first speech at the tender age of four when she was in the Nursery and had to say five lines about Chacha Nehru on Children’s Day. From then on, till the time she was in the twelfth standard, she enjoyed participating in elocution and declamation contests where she held her own with ease.

Another trait of hers that warmed the cockles of our hearts was that she got along with just everyone – child and adult – and won accolades for being a well behaved young child.
However, we were relieved to see that she did have her moments of mischief which reassured us, for we had no intention of bringing up a prim and proper little lady who did not have a backbone of her own. That backbone of hers is legendary, thank God... 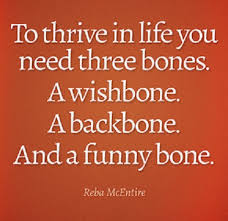 Life has had its moments, its ups and downs, times when money was scarce and pockets were empty. However, we took those times in our stride as a family, and smiled and cried through them, surviving the worst, and laughing at the rainbows that appeared after every storm. 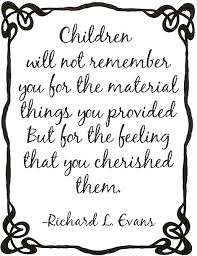 That is when I realized that we had never judged ourselves on how good we were as parents. There was no index against which we marked our degrees of excellence as nurturers. Were we good parents? I had no idea. Were we happy parents? We certainly were. 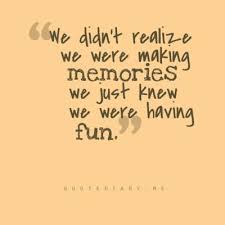 These are rhetorical questions at the moment. It would be presumptuous of us to preen and pat ourselves on the back. Which reminds me of a quote that always makes me smile.

However, when we look at our daughter, who is herself a mom today to an exuberant two-year-old, we both smile with immense pride, as we see her walking in our footsteps. She and her husband are hands-on parents too, choc-a bloc-with good common sense. The only difference is that while we depended on Mother Nature and our instincts to bring up our daughter, she is a well-read mom who seems to know everything about everything as far as her little one goes.

“The old order changeth giving place to new...,” as Tennyson so poignantly put it.  Today, when we look at the little world that encompasses us, populated by the people we love, and the changes that have come our way, all we can do is lift up our hearts in gratitude and say, “We may be good or not, but yes, we are happy.” 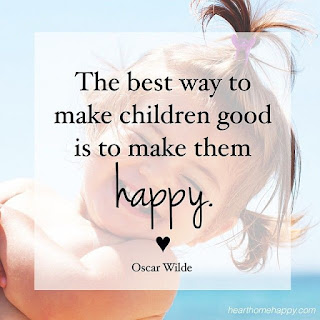