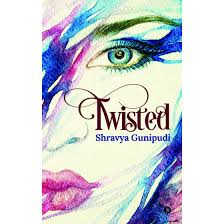 ‘Twisted’ captures the reader’s imagination from the first page of its prologue itself. Ria, the attractive protagonist, is involved in an accident that leaves her a trifle confused about her life and the people populating it. She begins seeing visions which leave her even more confused as repressed memories of childhood spring up.

“Somehow, after the accident, it feels like all my memory is there, but it has been jolted out of its place. The bits of memory are floating around in my head and it is up to me to put each part back where it belongs.”

Ria’s son, Dhruv, means the world to her. However, she is not as sure about her husband, Jay, whom she addressed by another name after the accident – Anuj. As visions assail her, the intensity of her emotions haunts her. Her psychiatrist, Lekha, and her close friend, Sanjana, try and get the missing bits of her memory back. When she meets her neighbour, Tanmay, she is further shocked and unsettled. Many interesting characters populate the pages of Shravya Gunipudi’s thrilling book – Uncle Raghu, Aunty Haritha and Sheela, Gaurav and of course, Jhansi, Ria’s exquisite sister.

Jhansi tries to reconcile Ria with her father, the father who left her alone with her mother, and moved away so that he could take care of the former. There are many hidden resentments within Ria’s heart at his so-called betrayal. Her mother’s words resonate in her heart.
“Sometimes we are so consumed by hatred that we forget how to love.”

What are the secrets that have turned Ria’s life into a mystery? What is the connection between Lekha, Tanmay, Anuj and Jay? Why does everyone around her try and protect her from the truth of her past? Who is the mysterious Gaurav and how is he involved in the whole web that has been spun around her? Why does her dead mother make sudden, whimsical appearances before her?

‘Twisted’ tells a tale that keeps the reader on tenterhooks, as it takes a winding path that has a shock at every turn. Shravya Gunipudi’s style of narration is masterly especially since a plot, so psychological and convoluted, could have confused the readers out of their wits. Instead, it has clearly defined guideposts that aid them on.

For those that love psychological thrillers, this is a masterpiece. As it is for those who enjoy a good story! 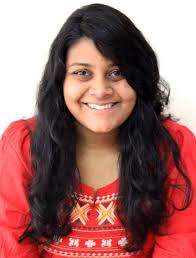 A Royal Affair by Preethi Venugopal 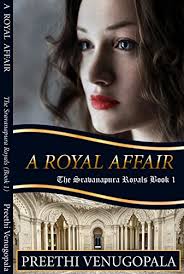 What happens when a beautiful English lady and the attractive scion of the erstwhile royal family of Sravanapura fall in love? Having met at Oxford, Prince Vijay Dev Varman is deeply attracted to the blue-eyed beauty, Jane Worthington, who is an Indophile determined to savour everything about his fascinating country, India.

Jane is a free bird who abhors restrictions. Her natural curiosity and open nature create ripples in Vijay’s heart, but lies and deceit make them break up, not once, but many times over. In fact, misunderstandings rule their lives and they end up playing hide-and-seek with their emotions.

Jane gets a promotional transfer to India, where she has to lead a team and anchor a documentary on the ancient monuments constructed by the Hoysala kings in South India. She also has a mission to fulfil there, to find her grandfather Bill’s twin brother, Daniel, a soldier in the British Indian Army who had gone missing in 1947.  Daniel, who had always been a hero in the family, had been seen in Bangalore and Grandpa Bill is determined to go to find him. However, his weak heart cannot take the momentous news and hence, he implores Jane to find Daniel and bring him back home.

On the other side, Vijay has now got engaged to Tejaswani, herself a royal as well as a bright management student, and the daughter of a successful businessman. It is purely a business venture as a pragmatic Vijay, who has had his heart broken, now believes that “Love, the most treacherous and ephemeral emotion, left in its wake only broken hearts and tears.”

However, fate has different ideas for them. Jane lands up in an impressive five-star hotel in Bangalore that is owned by Vijay. The two bump into each other and he promises to help her to find Daniel, agreeing to let bygones be bygones. The story moves on at an even pace as the two dig up yesteryear dancer and film actress called Rukmini Rai, and painstakingly try and put together the events that led to the mystery.

Finally, Jane goes back with Vijay to the grand Sravanapura palace, where she meets his charming sister, Kritika, as more of the pieces of the mystery are pieced together.
Who is the mystery woman whose portrait hangs in the royal gallery? How is Daniel connected to the Sravanapura family? How badly did the ensuing scandal affect relationships, and what role did Indrani Devi, Vijay’s grandmother, play in it?
Is Jane fated to be a scapegoat in the whole royal affair? Will she finally be able to fulfil her beloved grandfather’s final wish? Can she overcome the obstacles in the way of her love for Vijay? After all, handling heartbreak is never easy.

Preethi Venugopala spins a wondrous web of romance and suspense which holds the reader in thrall. She gives the reader an idea of the history of Sravanapura, a 500 year-old kingdom, which had proclaimed independence from the Vijayanagara Empire. Preethi also embellishes her story with various Indian details, like a Krishna Leela performance, the essence of an Indian biryani (in fact, food plays a significant role in the book!) and the excitement of wearing the perfect Indian outfit with all its adornments, all of which make her story come alive to its readers. 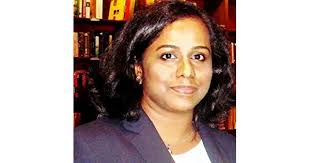