THE HISTORY OF MATHEMATICS by Archana Sarat 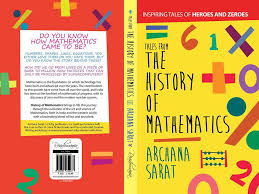 Mathematics has been a subject of immense speculation over the centuries. One either loves it or is petrified of it. Curious is the fact that those who are worried about numbers hardly ever get over their fear of them. It is for this reason that Archana Sarat, a CA by profession and a math and science buff, as she refers to herself, went back into the hoary past and dredged out ancient stories, only to find that this subject not only extends over centuries of time, but traverses across geographical borders as well. This might be a book written for children, but it does hold the interest of adults as well.

The book begins with the story of Ipiko who lived 40,000 years ago, and saved his tribe from being decimated by mammoths by using drawings and scratches which would later be seen as the first writing of mathematics. A subsequent chapter deals with Ipiko’s descendant, Neeraza, who hit upon the idea of tally marks for the very first time, a concept used liberally in today’s world.

Whether it is delving into the Indus Valley Civilization where scales and mathematical instruments were found, or recreating the use of clay envelopes and tokens in Mesopotamia, Archana Sarat keeps the interest alive with a harmonious blend of history and mathematics. Her forte as a story teller comes across as she employs simple language to put her ideas across.

In a country like India, where ‘yagnas’ were plentiful in the days of yore, rules were laid down about the construction of sacrificial altars, and even a small error could nullify the purpose of the sacrifice. This proved that mathematics played a significant role even back then.

The Diary Entries of Pythagoras tell us much about this personage who was not only the first known pure mathematician, but also a musician who played the lyre, a bit of an astronomer and even a litterateur. He explained the Pythagoras Theorem in an easy manner, and it is still being taught to modern day students. However, it is believed that he and the Pythagoreans refused to accept any belief that went against their own. Archana Sarat has an intriguing anecdote to illustrate this facet as well.

The names of Archimedes, Euclid, Hypatia, the first woman mathematician in the recorded history of the world, Fibonacci, Aryabhata, Brahmagupta, Bhaskara I and II have all been brought in, each of their stories embellished and presented with élan. The difference between classic physics and quantum physics has also been broken down into simple terms.

In short, this is a book that has been crafted to banish the fear of the bogey – Mathematics. The author links the Babylonian Clay Tablet in a way that a modern school girl can use it to do her calculations, and points out that the origins of the decimal numeral system and the discovery of zero were in India. By the end of the book, the reader feels a sense of pride and achievement, a feeling that should be engendered in the young readers of today. 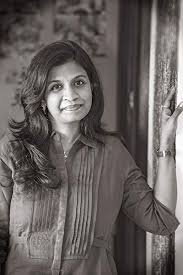 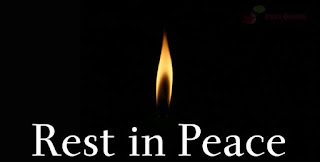 How does one react?
When a dastardly act ends in the murder of a whole vehicle of CRPF personnel at Pulwama, dedicated young men who play on their lives every day to protect the Kashmir Valley?

When, while the whole nation is mourning for the grievous loss, some petty souls resort to nit-picking, pointing fingers at the bereaved organization, wondering aloud about whether there was a lapse in their training or security?

When those same petty souls have never thought about joining the Armed Forces, the CRPF or the ITBP, where, day in and day out, these young people are trained to defend their country in times of war and peace?

When even the politicos come together to bemoan a colossal tragedy, but one spokesman points fingers at the leaders of the political parties in J&K?

When all that the country needs is a time and a space to close its eyes and spend a moment in silence, condoling the passing of precious lives?

When voices need to be lowered and prayers be said for the shattered families of the young men who are no more?

When social media messages need to assuage, comfort and console, not rant, criticise and rave?

When a whole country needs to work as one, leaving differences aside, standing side by side?

Into that hallowed space, may my country awake!
Deepti Menon

THE ANATOMY OF CHOICE – HARSHALI SINGH 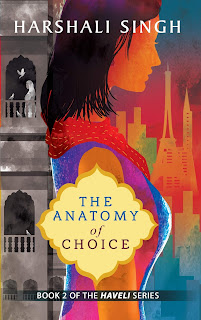 ‘The Anatomy of Choice’ is the second book in the Haveli series, narrating the tale of two women, Bhavya, the second daughter of the Sharma family, and Noorie, a courtesan who lived in the days of yore, and who now “rests close by, celebrated in death as she never was in life” singing “hauntingly sad ghazals.”

The ivory-hued Haveli with the hundred doors and the black domed mausoleum by its side are now known as Chaand and Chaand Raat, as the love story of Noorie and Hamad Bahadur are played out by a modern pair of lovers. There is a hint of romance that plays its way like a will-o-the wisp, intriguing the reader, tantalizing and mysterious, as Noorie endeavours to “remind him of our love through the music he loved so much”.

Transgressions are rarely forgiven, and Bhavya and Tenzin realize how far they have drifted as a consequence of their choices. Bhavya comes home to the Haveli, where she is welcomed back by her family. However, there is a feeling of disquiet, as they wait for her to make up her mind and get her life back on an even keel. Bhavya, on her part, values her independence too much to allow anyone to hurry her into making her choices.

Harshali Singh weaves magic with her words, as she tells a story that meshes together a family of characters, all of whom have secrets deep within their hearts, be it Arun, the taciturn head, Uma, the gentle matriarch with a spine of steel, Suresh, the faithful friend or the tempestuous Bhavya. These secrets waft about as the reader senses their presence throughout the book.

Uma comes across as the voice of reason, like when she tells her headstrong daughter, “Decisions are the hardest to make, Bee, especially when you have to choose between where you should be and where you want to be.” This is the dilemma that Bhavya finds herself in as she flounders between the hard decisions that she knows she needs to make, about staying in the past or leaving it behind.

Bhavya’s whimsicality keeps her unpredictable. The relationship between Bhavya and her siblings is often turbulent at many levels. While Aruna and she glide over memories that are hurtful, her brother, Dheeraj and she exchange angry words on many occasions. Etti, her younger sister is “a minefield of hints and expectations, soundless”, waiting for Bhavya to own up to her life choices.

The discovery of Noorie’s diary, “beaten leather-covered ivory sheets of heavy handmade pages filled with... Devanagari alphabets” imbues Bhavya with a curiosity about the erstwhile courtesan. She “finds solace within the fragile pages of the journal written with henna-dyed hands, centuries before her” as she spends time at the mausoleum, where she senses that both Noorie and she are prisoners of their own circumstances.

Apart from the cover that symbolizes the choices of the past and the present, Harshali Singh makes use of an unusual device to name her chapters, using words from different languages along with their orgins, which give the reader a hint of what nestles within the chapter. The language used throughout the book is rich and filled with imagery, especially when the tale harks back to the courtesan’s life.

A book that needs to be preserved as carefully as Noorie’s diary! 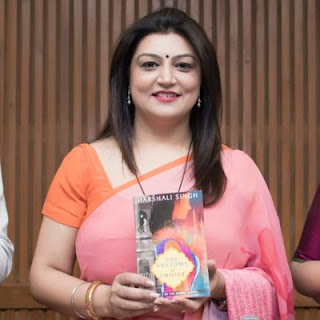 Victims for Sale by Nish Amarnath 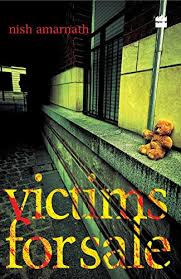 Sandy Raman is a nineteen-year-old journalist from Mumbai who does not hesitate to go where angels fear to tread. She lives as a paying guest with the Sawants, an Indian family after the death of her boyfriend, Saahil, in the Mumbai blasts. The appearance of Nirmal aka Nimmy, the son of the house, makes her feel she has an ally, even though she is a trifle startled by Nimmy’s sister, Asha, who first accosts her with a knife. Nimmy and Sandy grow closer, much to the disapproval of his family, but a few instances of his behaviour make her wonder, especially his reactions to her references to the mentally challenged Asha.

As Sandy begins her Masters at the London School of Economics, she comes across the flamboyant Ritchie Johri, a film maker from Los Angeles. She is soon elected as the LSE television network executive head, and hopes to bag a grants programme run by a multinational conglomerate, EGG. Many influential people cross her path, and things seem almost too easy for her, especially when she gets a chance to be a BBC TV series producer in a campaign that teaches disabled children and teens better life skills to help them in public.

Till she gets involved in a series of murky murders, as people close to her start getting killed.

So, where do things start going wrong? What is the connection between violet teddies and the chaos that Sandy finds herself embroiled in? Why does Nimmy react violently every time she mentions her desire to help Asha through her TV show? As Sandy investigates into the activities of the Bread Breakers, a home for the differently-abled, she realises that she is embroiled in “a cold-blooded tale of sexual abuse and exploitation”. As she continues her investigation, many threads start to unravel, until the final stunning denouement hits her in the face.

Nish Amarnath is a young writer who obviously believes in doing her research, be it in the gamut of health care homes, the BBC’s White City complex or the British police system. Her style is crisp and terse, as she outlines a plot that is filled with twists and turns that keep the reader gasping. Her eye for detail reveals that she has lived in and explored the city of London. ‘Victims for Sale’ lifts the curtain on the poignant truths that disabled girls often go through, maybe due to disinformation or more sinister causes. As Sandy finally puts it, “The betrayed one pays the ultimate price of the betrayer.”

A fast-paced tale of intrigue and suspense! 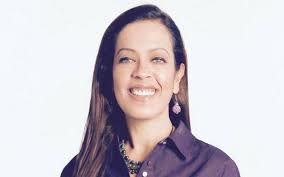