A Failure That Changed Me 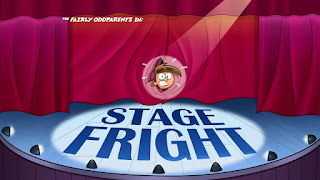 A sea of faces loomed in front of me, as I stood on the stage, the microphone before me. I was in the ninth standard and just about to recite Mark Antony’s famous speech at Caesar’s funeral.

Flashback: My grandfather sat before me, nodding as I proclaimed, “Friends, Romans, Countrymen...” and went through the speech with nary a pause.
“Slow down, child! It is a funeral oration, not a train that you have to catch!”

I was living with my paternal grandparents as my Army Dad had been posted in a remote place somewhere in the East of India (locations were not to be disclosed!). Being the eldest grandchild, I was pampered silly and made to feel like a princess. My grandma made sure that I ate well, so well that ‘I just growed and growed’ as Topsy did in Uncle Tom’s Cabin. We had our own cows, and I could never refuse the soft fresh slices of bread liberally coated with white butter and sprinkled with sugar. (If you haven’t tried it, you have missed a slice of Paradise!)

To put things in a nutshell, I turned into Mark Antony, as his speech tripped off my tongue with ease. I could recite it even in my sleep.

Back to the present: As the sea of faces stared at me with single, undivided attention, I started in style. “Friends, Romans, Countrymen, lend me your ears...” and I got to the end of the first four lines, when suddenly, I caught sight of a pair of sparkling eyes that seemed to have an element of malice in them. I stared back like Mowgli hypnotized by the snake, Kaa’s huge saucer-like eyes.

The next thing I knew was that my eloquence had dried up. Mark Antony had disappeared, and in his place was a petrified creature whose knees knocked together as she stood, staring at a sea of faces that had now begun tittering. 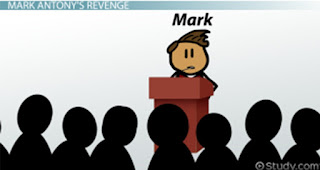 I don’t know how I got back home, and, for the first time ever, my grandfather was shocked out of his wits.
“What happened, child? You knew the whole speech so well!”
I nodded in misery and vowed that I would never allow myself to speak in public again.

Almost twenty years later, I was an Army wife and we had Ladies’ Meets which were great fun, as they brought out the best talents in the station. I was prepared to enjoy myself to the hilt when our Commander’s wife burst a bombshell.

“Deepti, I want you to be the Master of Ceremonies for the Ladies’ meet. I know you will do a marvellous job!”

In vain, did I try and convince her that I would die if I had to face a crowd.

In vain, did I try and convince my husband of the very same thing. All he said was,
“You can do it!” 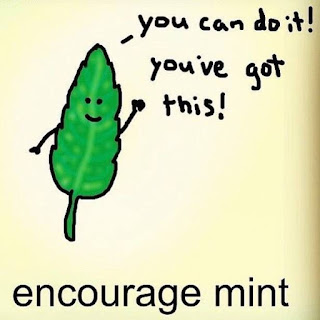 I had a fortnight and by the end of it, I was a wreck. Halfway through, I had realized that there was no way out, and I decided to write down my entire script, jokes and all, and learn it all by heart, hoping against hope that I wouldn’t encounter a pair of sparkling eyes again, filled with malice!

I spent all my waking hours learning my speech. I would sit on the throne, stare with glazed eyes at the mirror, walk in the park and even attend parties, muttering under my breath. People around me gave me strange looks, but they had no effect on me. I was too far gone!

Finally, the dreaded day came, and there I was, dressed to the hilt, looking at a sea of faces all over again. I began with trepidation. The opening lines rolled out, the first joke got a roar of laughter, and then, a miracle took place. I began to relax and enjoy myself. The hours went by, and by the end of the meet, I was throwing about lines like a veteran. 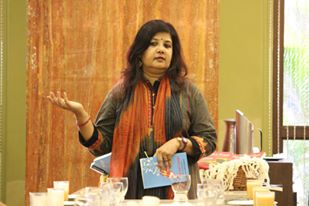 Even today, when I speak in public, I thank that wonderful senior lady who brought me out of my shell and made me realize that I could face a crowd and speak before them. The lesson I learned that day was that fear can be overcome, if one has confidence in oneself... a lesson which I have tried to sprinkle around as liberally as I can. 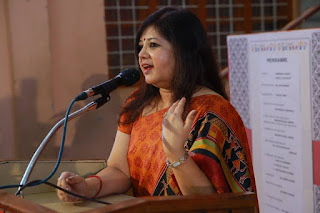 'Maid' For Each Other! 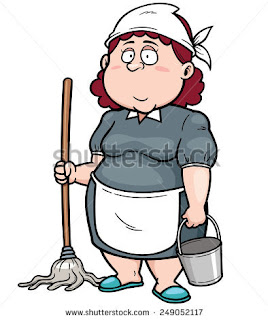 Those were the days when every household could boast of three to four maids, to sweep and swab, cook and wash, dust and clean respectively. Today the old maids have retired and they have educated their children who obviously want nothing to do with menial jobs. The ubiquitous maid is now no longer that! Even carrying bricks at a construction site brings in more money, and the more educated folks are, the higher their aspirations, laudable indeed!

So the few rare maid specimens left behind have suddenly realized their worth. They have hiked up their prices, willing to shoulder the burdens of their predecessors only if they are paid for each separate chore. No longer are the lady of the house and her maid 'made' for each other, for even with compromises made, there lingers a strange kind of friction that causes frequent sparks!

My friend has a maid who has stuck to her for five years, but plays a cat-and-mouse game with her, despite the familiarity. Did anyone mention the word 'contempt'? The maid's ploy is simple and straightforward. She 'kills’ off one family member every time she wants leave. So first off pops one granddad, followed by a granduncle! The head count continues, with a parent here, an aunt there, a young cousin elsewhere who obligingly leaves for the Heavenly Realms, all at regular intervals. Each time, the distraught maid needs three days leave to go to a distant village and mourn with the family. Sometimes the killing is akin to the Solomon Grundy poem - not instantaneous, sickened on Thursday, worsened on Friday, died on Saturday and buried on Sunday!

Our maid is an amiable soul, rather gigantic, but a softie at heart. She seemed genuine at first sight, and I didn't realize that she was all set to develop an amazing relationship with us, a kind of affinity, you might say! For once, when I had a case of food poisoning and spent much time getting the rot out of my system, there came a phone call from Maid dear, sounding exhausted as she described similar symptoms in such graphic terms that I hastily put down the phone. 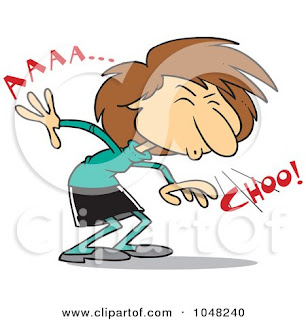 Came the day when I slipped on a pebble and strained my back. The doctor put me on one week of physiotherapy and traction, and when I got home, I was not in the least surprised when my maid walked in, clasping her vast expanse of a back, a look of agony on her face. The doctor had apparently asked her to 'put current' on her back and take bed rest. That was when I vowed that no member in our family would fall sick, at least not noticeably!

And so it goes! No longer do medicines lie, strewn around on the dining table. My mother applies her balm on aching muscles only after the door closes on our maid. My husband hurriedly covers his mouth to stop a stray cough from emerging and I keep a wide sunny smile on whenever she is around to assure her that all's right with the world! Needless to say, our maid has been hale and hearty for the last few months, even as I send a silent prayer up in support! Along with a fervent plea that no one in our family dare break a bone!