Raining Cats and Dogs in Kerala 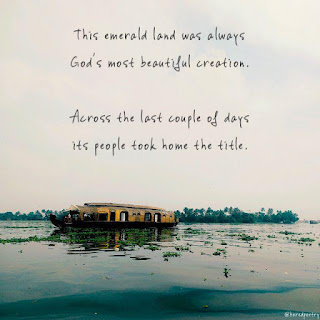 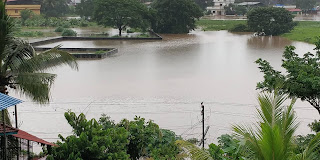 Raining cats and dogs has taken on a new meaning this time around in God’s Own Country. The deluge, which began in a few places in mid and north Kerala, spread to the rest of the state like wildfire (if that is the right expression!) after 33 dams were opened. Never since 1924 has our verdant state experienced such a downpour. Low lying areas were inundated and every day, a number of deaths were reported even as hordes of people were evacuated and taken safely to relief camps which sprang up in every dry corner. 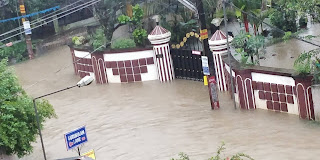 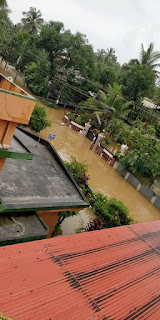 Thrissur was one of the last districts to be badly affected. My husband and I live in Peringavu, which is a low lying area in Thrissur town, and woke up on the morning of the 16th to find that the main road that runs in front of our set of flats had turned into a river in spate. From our tiny balcony, we could see that the water had risen to almost ... and as the downpour continued, there were all kinds of boats and vessels on the road, ferrying people in distress to safer areas. Old men and women, mothers with babies, the sick and the infirm, people carrying meagre packages that contained a few sets of clothes and essentials; it was heartrending to see how many of them had lost everything in one fell swoop. 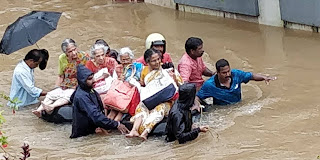 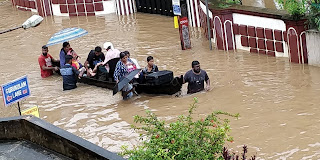 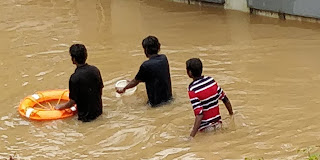 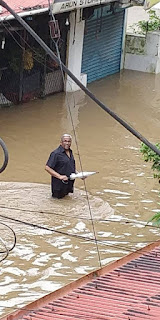 The onrush of muddy water, the gloomy grey skies, the incessant sound of the water, intrepid men and women carefully wading through waist-deep water, enthusiastic bands of young volunteers pushing along the helpless in massive aluminium cans, make-shift canoes and rubber tubes, and umbrellas in colourful hues and sizes – the resilience of the people of Kerala was heart-warming to watch. Despite the trauma and the arduous, backbreaking activity, smiles and typical ‘ jokes’ were still being bandied around. 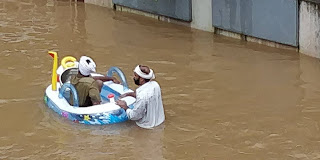 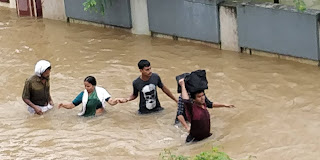 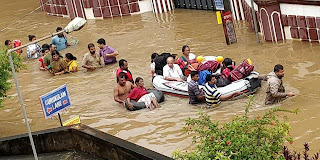 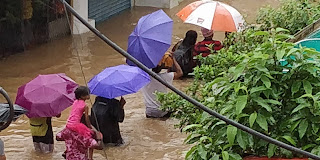 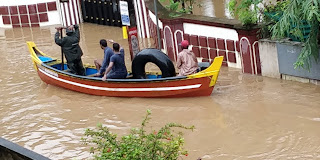 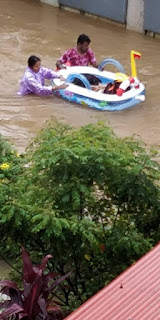 Two days before the floods hit Thrissur, my husband and I drove to drop my sister off at Nedumassery Airport, and we stayed around the area to make sure her flight left. Rumours had been floating around that the Idukki Dam would be opened that morning. If so, the airport would close down.

We stopped at a quaint little place called ‘Adaminde Chayakadda’ (Adam's Teashop) to have breakfast. A pretty waitress hailed us cheerily and took down our orders. It was only later that she told us that she had lost five close family members, her aunt’s family, in a landslide the day before. We were amazed at her never-say-die spirit, and the way she continued at her job despite a personal tragedy. 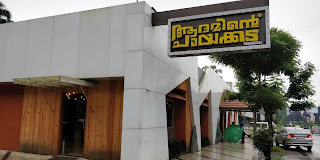 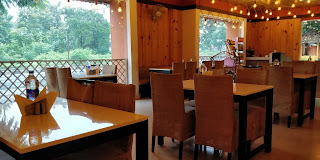 That was the spirit that hovered over the entire state as people worked relentlessly to save, rescue, help and rehabilitate the affected. The state machinery moved into place like clockwork, young and old volunteers worked with diligence, the Armed Forces were their normal efficient self, and various NGOs, doctors, engineers, psychologists, businessmen, small and big, teachers, sanitary workers, labourers – in fact, just everybody, came together in a spirit of bonhomie and camaraderie.

A quote from Punya Jayarajan who lives in Kerala went viral in no time. Her answer to the question, "What is something that needs to be said?" went thus.
"All the temples, mosques and churches here are drowned but God came wearing uniforms to help us."

The Prime Minister made a quick survey and allocated 600 crores for the state. However, aid in the form of money, clothes, the basic necessities, grocery items and food came from all over the country as people opened out their hearts and their purses to help selflessly. 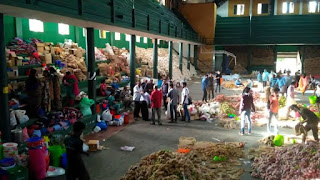 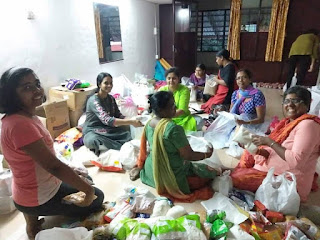 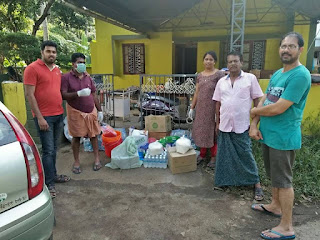 Of course, there were a few rumour – mongers on Whatsapp who predicted dams overflowing further, and certain unsavoury self-proclaimed god men who shouted from the rooftops that no help should be offered to a state where beef was eaten. Likewise, there were others who blamed the entire calamity on the Sabarimala issue and the entry of women. 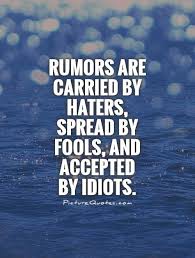 There was also a certain voice in the darkness, an audio clip that urged people across the country not to send aid to Kerala which was filled with wealthy people who would not accept it. Unfortunate, because that one clip did as much damage for a while as the floods had done, until donors realized that Kerala did need help, that there were thousands of poor people who had suffered massive losses, and that every bit of aid would only be accepted with gratitude. 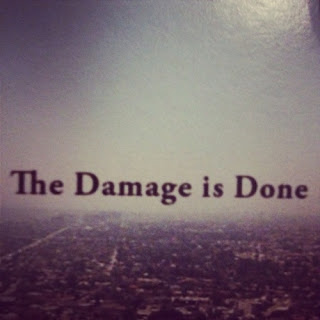 These were blips on the radar which hit hard while they lasted, but disappeared without a lasting effect in a state that is populated by citizens who are literate and sensible.

Today, as the state slowly gets back on to its feet, two days before Thiruvonam, where all celebrations have been cancelled, and the money saved been sent to the affected, it is with immense pride that I look upon our beautiful Kerala. There is a feeling of harmony all around as different religions have come together to lend a helping hand. Some beautiful stories have emerged; the little girl who broke her five piggy banks and gave the 9000 rupees she had collected for a cycle to the CM’s Relief Fund, the pastor who donated his land to bury the deceased regardless of religion, a temple in Thrissur that offered its hall for Eid prayers, a fisherman who lay down in the water so that women could use his back to step onto rescue boats, a mosque that housed people from various religions, Muslims who cleaned a Hindu temple after it was waterlogged, and Hindus reciprocating by helping to clean masjids. 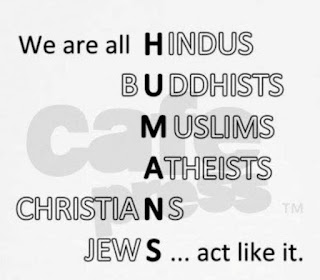 What beautiful stories of religious harmony! The Kerala Floods have brought together people from all communities, and the lesson that emerges is that during times of extreme duress, all human beings are equal, they all undergo sufferings and they all hold out their hands to try and alleviate the common agony.

For as Abou Ben Adhem said to the Angel who was writing the names of those whom the Lord loved, “Write me as one that loves his fellow men.” 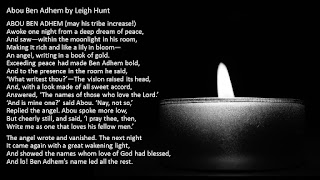 Kerala needs all your help. For those of you who would like to contribute, here's how you can donate in under five minutes. 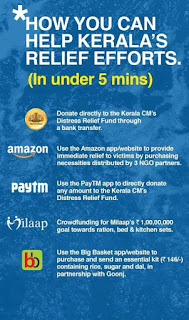 Thank you, dear friends, from the bottom of my heart, and God bless!