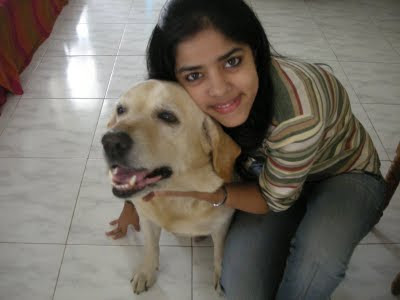 There is a little creature in most homes who winds herself around your heart, with a winsome smile and makes your knees go wobbly with the power of her charm. She gambols around like a puppy, eyes filled with mischief, and deep secrets yet to be explored. Her hair flies about in wild disarray, her lanky limbs move with coltish grace. She is a piece of your heart; when around, she tries your patience to the maximum, but the moment she goes out anywhere, you miss her desperately. She is as elusive as the pot at the end of the rainbow, and infinitely more precious. She is the girl child.
However, the girl child is still looked upon as a burden, a curse, a commodity with a limited guarantee, even in this enlightened age. The delivery date is awaited with great trepidation. The parents-in-law hover over the hapless girl, vultures waiting to swoop in case she commits the grievous sin of delivering a daughter. The husband is all set to prove his manhood, and god save his wife if she proves him wrong. The fault is all hers, despite the various messages flashed on television. The ‘Y’ chromosome turns into the ‘WHY’ chromosome, since matrimony is often a matter-of-money, isn’t it?

Does anyone pause to think of the young woman who has gone through the agony of labour to deliver a bonnie wee lassie? The birth pangs are no less, and if anything, they are compounded with the realisation that her troubles are only starting! Thoughts of dowry are already in place. Luckily the ‘laddoos’ have not been ordered.
Newspapers scream of mothers strangling their babies, drowning them, poisoning them, starving them... in luckier cases, girl babies have been left in baskets on the steps of orphanages.
The discrimination begins early. “Meena, fetch a glass of milk for your brother. Look how hard he is studying,” orders her mother. Meena obeys, with a fire smouldering in her heart. How does her brother wear good clothes, while she herself walks around in cast-offs? Why does he get an education while she stays at home doing the housework? The major difference between homework and housework comes into play here. After a whole day of back-breaking work at home, why is she expected to take a glass of milk to her brother, who has done nothing more strenuous than studying and playing? But of course, he is the son of the house, the apple of his parents’ eye, the one who is going to raise them above their poverty one nebulous day in the future. Hope lies eternal....
Meena, in their eyes, will only graduate from unmarried drudge to married drudge and live her life in abject slavery.
Isn’t it time for young men to brush away the cobwebs that have formed silver strands across the minds of their parents, and for parents to think of their own daughters when marrying off their precious sons? Retribution has an uncanny way of descending on guilty heads. Cast out the belief that once married, a girl ceases to be part of her own family.
Imagine the plight of this delicate creature who has bloomed from a playful teenager into a beautiful woman. Let us reverse the trend and care truly for our girl child. Get a man to bear a baby, and doubtless he will pray to the deliverer to deliver him from future deliveries.
The New Indian Express
June 28th, 2011
- June 28, 2011 6 comments:

They are Forgotten after the Elections!

So what do you feel about the election results?” my husband jocularly asked our cheerful maid, who goes by the romantic name of Vennila, which means moonlight. She often jokes about her name: “My mother gave me this name, little realising that I would be so dark complexioned!” She smiled at my husband’s query, and replied: “What difference does it make to us, sir?” What followed was a revelation to us.
“I wish we could pour out our woes before Amma. Nothing trickles down to our level anyway. You go to the government hospital for free treatment, and there you find a huge hundi, where you are expected to put money even before the treatment begins.”
Vennila works in a number of houses, and she is a willing worker who puts her heart into her work. My house shines like a new pin, and lights up with her beaming smile, even when she is in the doldrums. She has two daughters, one of whom has just finished her engineering, and the other doing her graduation. She claims no credit for the achievement. “I have been lucky that some kind soul or the other has helped me to pay my daughters’ fees!”. Apparently, in Madurai, her hometown, there is a ‘chairman’ who has no children and hence, wants to do his bit by helping children from poor backgrounds to complete their education.
Vennila wipes a tear away as she speaks of him. “Madam, it is these people who make a difference to us, people who have paid the fees of my daughters!” She continues: “Governments come and go, but our plight remains the same. If they wanted to help, they would have been blessed. Unfortunately they are so busy making money...!”
And yet, on Election Day, she walks in bearing the indelible mark on her finger, a mark that proves that every drop makes an ocean. “Look at the rice they promise us for `1 a kilo. It is stinky, filled with worms and insects. We buy it because that is all we can afford. The hostel where my daughter has studied for 12 years also serves them kanji with the same rice... the wealthier girls who can afford more are given good food. My daughter, whose father has taken up with another woman and is poor, has to survive on the worst kind of food!”
I ask a foolish question. “Do you have a bank account? Have you saved any money at all?” She laughs. “Madam, where is the money to save? I spend all the money I earn on our daily needs. There is never any money left over to save.”
That is when you realise that behind that broad beaming smile lies a litany of woes, well hidden, and brought out only when you begin to probe. Poverty is a dreadful thing, and the poor live their lives in little hovels, eking out day after day, desperately trying to keep things together. Once the election fever is over, and the televisions, saris and the gas stoves are distributed, it is time for them to go underground again, even as they hope for a better, brighter tomorrow, as has been promised by those they have voted for.