The Hunters' Trap by Sindhu John 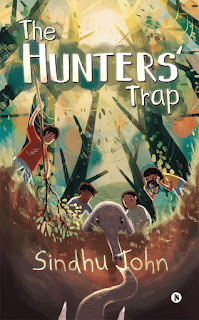 The title entices and the excitement begins from page 1 itself as three hunters chase a mother elephant and her little baby with beating drums and flashes of light. From then on, the pace never slackens as two sets of people move along their own divergent paths. It is a race between unscrupulous hunters and a gang of intrepid children who are determined to unite the elephant mother with her baby. Will they be able to do so? Or will they be too late? If so, what will the consequences be? These and other questions remain on the minds of the readers as they partake in the race between good and evil.

Sindhu John may be a first-time writer, but she knows how to capture the imaginations of young ones. Right from the names she uses – Viper, Mamba and Spite for the bad guys, to the quirks of her young heroes, Penny, Jack, Lucy and Ethan, she has her facts spot on. There are no black and white characters here, but believable ones who might exist in the real world. For example, the innocuous rivalry between the younger children, Lucy and Ethan, and the older two, Penny and Jack comes across naturally. Trouble has a way of finding the lively nine-year-olds and the older two do not mind rubbing it in either.

When Sarah, an intrepid reporter, is given an assignment to cover the selfless work of wildlife enthusiast, Mr. Troy, who owns an exotic wildlife resort, she takes her children and their cousins for a four-day adventure trip.

The resort fascinates them all with its characteristic buggies, its picturesque villas and of course, the owner himself, Mr. Troy, who has a bizarre sense of dressing. While Sarah and her assistant Fredrick busy themselves with capturing the story of the resort, the children opt to explore the fenced area of the resort. It is then that they come across many startling facts and move out of their comfort zones to crack the mystery.

The excitement does not let up across the book. However, there are many fun moments when the hunters play pranks on one another, much to the chagrin of their leader. Sindhu’s descriptions are delightful, be it those of Mr. Troy, his attendant, Randy, the irrepressible chef or Lazy Lucy.

However, through all those fun moments, a few nuggets of wisdom come through. Sarah, who is a fearless, independent reporter, does remind her children to be grateful of life’s small gifts. She also warns Penny, “You shouldn’t trust strangers.” Equally vital is the advice given to Penny by her father when he gifts her a camera which plays a significant part in the story. “Be strong when life demands it.” All truly relevant in today’s chaotic world!

Sindhu John writes a story for children that intrigues for all the right reasons. It is adventurous as the narrative flows naturally, and the characters are realistic and believable. The character illustrations and the sketches have been drawn with delicacy by her daughters, Gia and Anita, and add much meaning to the book. 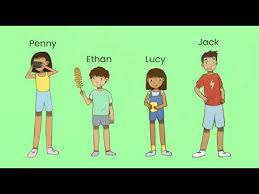 It is to be hoped that this is the first of a series of adventures by the undaunted four.

“They were always game for an adventure, especially if it meant helping someone, or in this case, a wild animal.”

If Enid Blyton could do it with such ease, so can Sindhu John, no doubt! 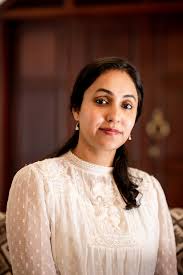 You can find her at http://www.swindhujohn.com

The buying links for The Hunters' Trap: