The Early Bird Gets the Worm! 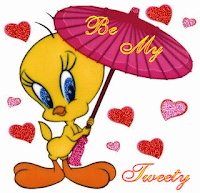 I remember having had the ‘punctuality gene’ from the early days of my life. My paternal grandparents had a diurnal timetable that they worked on till it spun perfectly. Rising with the lark, [which is such a British expression that I have no idea why we still use it!], they would pray aloud for four hours, have breakfast, manage their household affairs, take classes, meet visitors... all in perfect timing, without missing a beat. An appointment delayed was an appointment missed, and no one dared to barge in or sneak in incognito.
My father was in the Army, and his keywords were honour, diligence and, of course, punctuality! Many a time my mother would struggle to keep pace with him as they got ready to go somewhere, one eye on the clock, the other on her earrings, lipstick, bindi, comb, deodorant, safety pins, all of which would go into her tiny handbag, so that they would go on her person in the vehicle. Something in the genes, I guess, as I followed suit in exactly the same manner, after I got married to an Army man!
When Mom settled down in Thrissur and metamorphosed into Principal material, the punctuality gene crept into her system and took total possession of her. The school ran like clockwork, and so did her family. For functions we were always there thirty minutes before the specified time, chewing our nails till we had none left. The specified time would come and go, and the VIP would arrive just as almost everyone in the audience had fallen asleep. Most of the time, the speeches alone would be enough to evoke sonorous snores. By then, we would have spent almost half a day at the venue, crabby enough to set the whole place on fire! And yet, the same thing would happen the next time as well. Mom never did learn!
Catching a train was never difficult. At times we would be so early that we could almost climb on to the earlier train! The reasons for moving out early were, of course, all valid! Traffic, rains, rallies, riots, car breakdowns, earthquakes...! Most of the time, we would land up hours early, and then begin chewing what was left of our nails. How much could we browse around, look at the people milling around, buy magazines for the journey along with a bottle of water, and check our weight at the decrepit machine that blinked red and refused to deliver?
So finally, as everyone says, the early bird gets the worm; the question is, with all those wonderful options floating around the wide world, why would anyone actually want the worm? Any suggestions, anyone?
- December 19, 2010 12 comments: