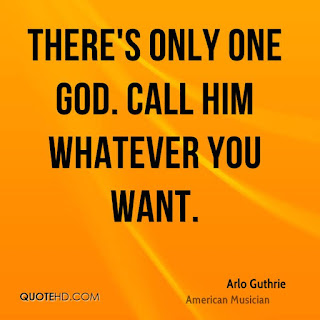 The sound of the prayer rang out in the misty dawn. “Oh, no, there it goes again!” groaned Pushpa. She tried to burrow her head under the pillow to drown it out. She had hardly slept as little Misha had been restless all night. And just as the baby had dropped off to sleep, the strains of the prayer had begun.
It had not been this bad earlier, till that last meeting when the idea of loudspeakers had been mooted. “I say we must buy loudspeakers, if only to drown out the noise of the loud music which starts off at dawn!” Ahmed said persuasively. Blessed with the gift of the gab, and a tenacious grip on his religion, he knew he would be able to push his point through.
The elders had nodded. “Yes, that cacophony drives me crazy in the morning! Let’s give them a taste of their own medicine!”
And so, out came the cheque books, with each devotee wanting to prove how devout he was through the power of lucre. The loudspeakers were soon installed, shattering the eardrums of all and sundry, even if it was only for a short while. For, five times a day, passers-by would almost jump out of their skin, and heart patients would clutch at their chests in protest. 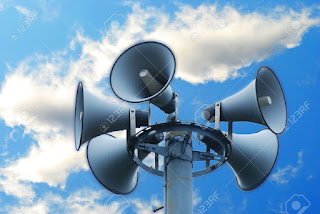 The rival committee was up in arms. “How dare they do this? This is noise pollution in the most brazen sense of the word!” pronounced Anandaswamy, who had taken the mantle of spokesman on himself, mainly because he could outshout all the others.
“I heard that Mani’s wife delivered her son in sheer fright when she jumped up in sheer fright at the sound!” exclaimed Potti, a close friend of Mani’s. “She didn’t even have time to go the hospital.”
“Must have saved the doctor’s fees!” smiled Jay, with a crooked smile, which was wiped off when he saw the others glaring at him. “Could you be a tad more sympathetic, Jay? Being a chronic bachelor gives you no right to be nonchalant!”
The meeting ended soon after. The decision was that the loudspeakers needed to be put out of action. “Let’s cut the power cables,” suggested Potti.
“Oh, yes, they will be waiting with garlands for you to do so!” scoffed Anandaswamy. “They might just about use the scissors on you!” he added meaningfully.
The power cables had to be cut, but it would require proper military planning to do so.
In the other camp, there was jubilation. Their prayer had been heard by the world in the most wonderful way possible, and their happiness knew no bounds. “We must be vigilant,” remarked Ahmed. “Our rival group was looking rather glum today. You never know what they might do to sabotage our loudspeakers.”
Balaji and Amina were playing in the park the next evening, along with their friends. Balaji was Anandaswamy’s son, and Amina was Ahmad’s daughter. They had been friends from the day they had begun school, and being in the same class had cemented their bond even more. Now they were both in the seventh standard, and aware of the undercurrents that ran deep between their families due to their different faiths.
“Amina, those new loudspeakers are so loud!” exclaimed Balaji.
“Isn’t that the whole point of a loudspeaker, silly?” chuckled Amina. “I don’t see anyone complaining about the loud music that comes from your side of town!"
Balaji looked at her enquiringly. “Does it disturb you? Or anyone in your family?” he asked her.
Amina shook her head. “Not really! In fact, we have got so used to your music that I would miss it if it were not there. Except when I need to study, of course!” She sighed a little, and then continued. “Actually, my uncle came down from London a week back. He is very staunch about his religion... our religion, and when he heard the music one dawn, he convinced my father that he needed to do more for his religion as well. That’s where the whole controversy began.”
Balaji looked at her in astonishment. The two religions had always lived in harmony. However, it had only taken one tiny spark to cause a huge conflagration, a barbed remark from an outsider.
“I wish we could do something,” continued Amina.
“But what? We are only children?” countered Balaji.
“My English teacher, Mrs. Nair, told us that we must never underestimate ourselves, just because we are children. She said that there are always two paths... the violent and the non-violent. Maybe there is something we can do!” Amina said thoughtfully. 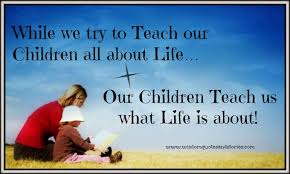 The next few days went by as Amina and Balaji put their heads together to chalk out their plan. Their young minds worked with diligence, as they pored over books and wrote down their conclusions. Finally, a week later, they were ready with their plan.
“Appa, could we talk to all the elders in our community? There is something we would like to show you.” Anandaswamy looked at his son’s serious face, and smiled. “Is this a new game you have learnt?”
“In a way!” was the reply.
Amina too approached her parents with the same request. A time was set for that very evening.
Accordingly, that evening, there was a mixed group of spectators from both communities, who were astonished to see that chairs had been placed around the well that served as the centre of the village. Soon people from other communities also sauntered in, waving at their friends, even as they seemed astonished to see almost the whole village present at the scene.
“Do any of you know what this is all about?” asked Ahmed, as he looked around for his daughter.
Many heads, both grizzled and otherwise, shook in denial, as the local tea shop owner came in, with a huge toothy grin on his chubby face. He was followed by the children of the village, who held cups of steaming hot tea on trays. They carefully served them to their elders, who took them, patting them on their heads. Balaji served Ahmed, who smiled at the young boy. “Thank you, son!”
As the tea went down appreciatively, Amina and Balaji made their way to the front of the gathering.
“Thank you all so much for being here this evening!” Balaji began. As he spoke, all the children started streaming in, one by one in perfect accord, and stood in a line behind him. Amina took over, saying, “Dear Uncles and Aunts, we, your children, want to show you something that we have made. Please do give us a few minutes of your time.”
At the count of three, the children behind them held up colourful placards which had words written on them in bold letters. There were three main ones, and as the elders strained to read them, Balaji and Amina signalled to the children to go closer to the gathering, one by one.
The placards were eye-catching, the words in bold colours.

“For there is one God; and there is none other but He!”

“There is only One God.  He alone is the Sustainer and Creator of the universe. He is the Most Merciful, the Most Wise, and the Most Just.  He is the First, He is the Last.” 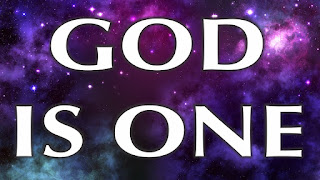 Balaji took the first placard and Amina held up the second one. "Daisy, will you bring the third one forward?" Balaji called out. The three placards stood, proud and erect, as the adults took in their message.
"So what's new in these?" asked a voice in the crowd. "Don't we know all this? Do we have to be taught by a group of children?"
Three more children stepped forward, holding smaller placards, and held them silently under the others. There was a combined gasp, a whisper that went through, and then a profound silence from the gathering.
Balaji's message was from the Bible, and Amina's from the Hindu scriptures. The third message held up by Daisy was from the Quran. All three were almost identical in their thinking. 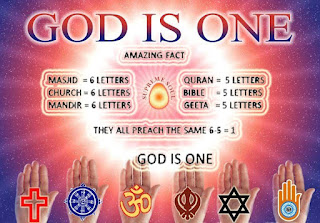 As the elders struggled with their emotions that ranged from bewilderment to understanding, and finally pride, the rest of the children held up one last placard that evoked a guffaw of laughter in the crowd.


“NOW CAN WE DO AWAY WITH THE LOUDSPEAKERS, PLEASE?”

Not surprisingly, there was peace and quiet the next day. Both communities had done away with their respective loudspeakers, and the music that ensued, thereafter, was melodious and soothing to the ears. Not only had the children won, but they had ensured a win-win situation all round, bless their little hearts! 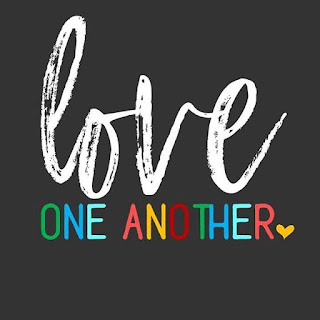