If Only... Dear Desdemona 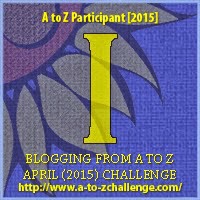 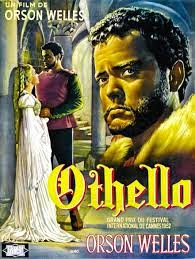 Brabantio was simmering. The Moor, Othello, had charmed his beautiful daughter, Desdemona, and the two had eloped in the darkest hours of the night. What could have got into his gentle daughter, he wondered sullenly. The man was not even good looking. He was dark and unimpressive, but it was his silver tongue that had won over her impressionable heart. He remembered how the dark General had regaled them with his tales of battle and valour.  Desdemona had sat, entranced, her large eyes on their guest, scarcely breathing, as his stories continued well past midnight. She had found it difficult to tear her eyes away from his face.

Iago, an Ensign, and Othello's friend, met Brabantio along with Roderigo, a former suitor of Desdemona's, and broke the news of the elopement, and the subsequent marriage of Othello and Desdemona.

Brabantio hastened to the Duke of Venice, and accused Othello of seducing his daughter with witchcraft. The couple were summoned, but all charges were dropped when Desdemona, who loved her father dearly, averred that she loved Othello as much, and had married him of her own free will. 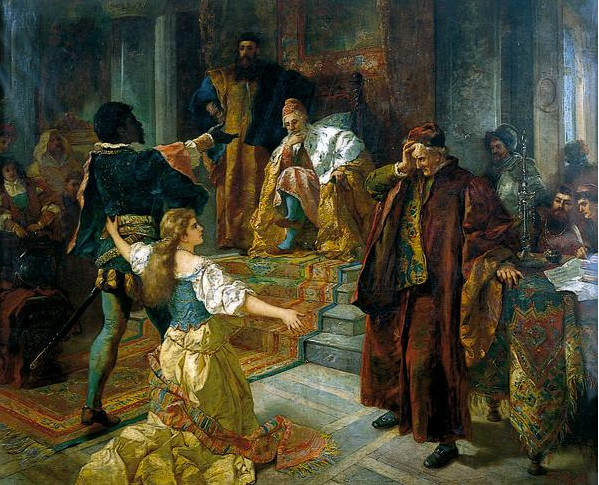 An Image of the painting 'Othello' by Edouard Frederic Wilhelm Richter

If only, matters had been settled there, life would have been a grand sweet song. Othello and his beloved Desdemona would have lived happily ever after. 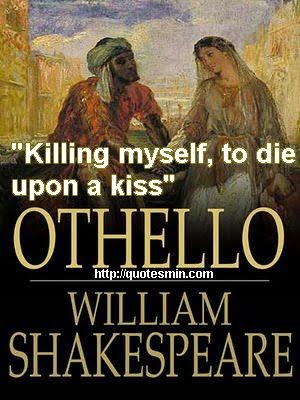 However, life is never that simple. Iago proved to be a treacherous snake in the grass. He was a master plotter, playing each character against the other, like a puppeteer who knew exactly how far to pull the strings.

He resented Cassio who had been promoted over him; he hated Othello for having promoted Cassio, but he also had deep rooted prejudices against the Moor. He would refer to him as "an old black ram" or "an erring Barbarian". His insecurity also stemmed from the untrue rumour that Othello had seduced his own wife, Emilia.

If only, matters had been contained and not allowed to progress beyond this point, the tragedy could still have been averted. Yet, Iago's amoral nature would not allow it. He continued to pull the strings.

Iago involved a drunk Cassio in a fight, as a result of which Cassio lost his rank. Cassio, who was repentent, was only too willing to listen as the wily Iago asked him to approach the beautiful Desdemona to ask her to plead with Othello on his behalf. 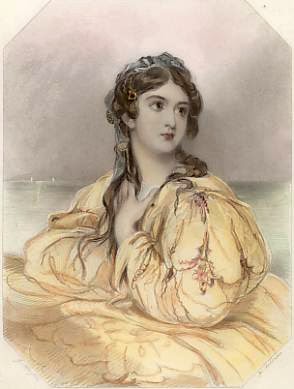 Cassio and Desdemona played their parts guilelessly, and she pleaded with her husband to give Cassio another chance. This was where Iago played a master stroke.

One handkerchief was all it took to convince a complexed husband to suspect his wife of infidelity. It was all so subtle, so simple; with Emilia's help, Iago laid hands on a prized handkerchief that Othello had given Desdemona, and he gave it to Cassio. One insidious whisper in Othello's ears, a staged conversation between Cassio and Desdemona, and the sight of the handkerchief in Cassio's grasp, and the deluded Othello fell into the trap set cleverly by his false friend. 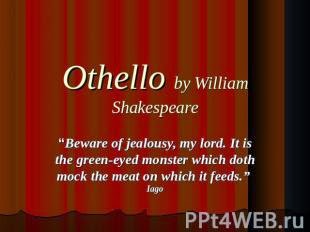 If only, Othello had stopped to think! If only, he had not been guilty of a giant sized inferiority complex about his looks! If only Emilia had suspected that her husband was up to no good! If only, Iago had not been such a master plotter... if only!

The tragedy continued to unfold. Iago was to kill Cassio, while Othello steeled his heart against his wife. Roderigo, who believed that Desdemona would be his one day, agreed to kill Cassio, but the fight went wrong, and he got hurt instead. Iago, who had been hiding in the shadows, darted out and stabbed Cassio in the leg. Cassio cried out for help, and Othello assumed that Iago had kept his part of the bargain and murdered Cassio.

If only, Othello had gone into the bed chamber, and on seeing his innocent wife  lying in bed, calmed his turbulent heart and asked her for an explanation, matters would have ended there. For he loved Desdemona with all the intensity within his heart. Instead, he bade her pray, as he had no wish to kill her soul. 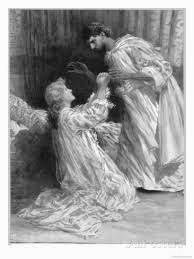 Desdemona looked at him with her large, gentle eyes, and begged him to let her live a little longer. Her innocence streamed forth from her eyes, but Othello was blind with rage and suspicion. He picked up a pillow and smothered her to death, killing the only tenderness in his heart forever.

Emilia raised the alarm when she discovered the murder, berating Othello for having believed in her husband's goodness. She explained how deceitfully Iago had orchestrated the actions, and turned them to suit his own will. Iago stabbed her even as she was telling her tale.

Othello, though distraught, held on to his honour till the very end. Realizing that he had thrown his own life away, he repented, even as he lamented, 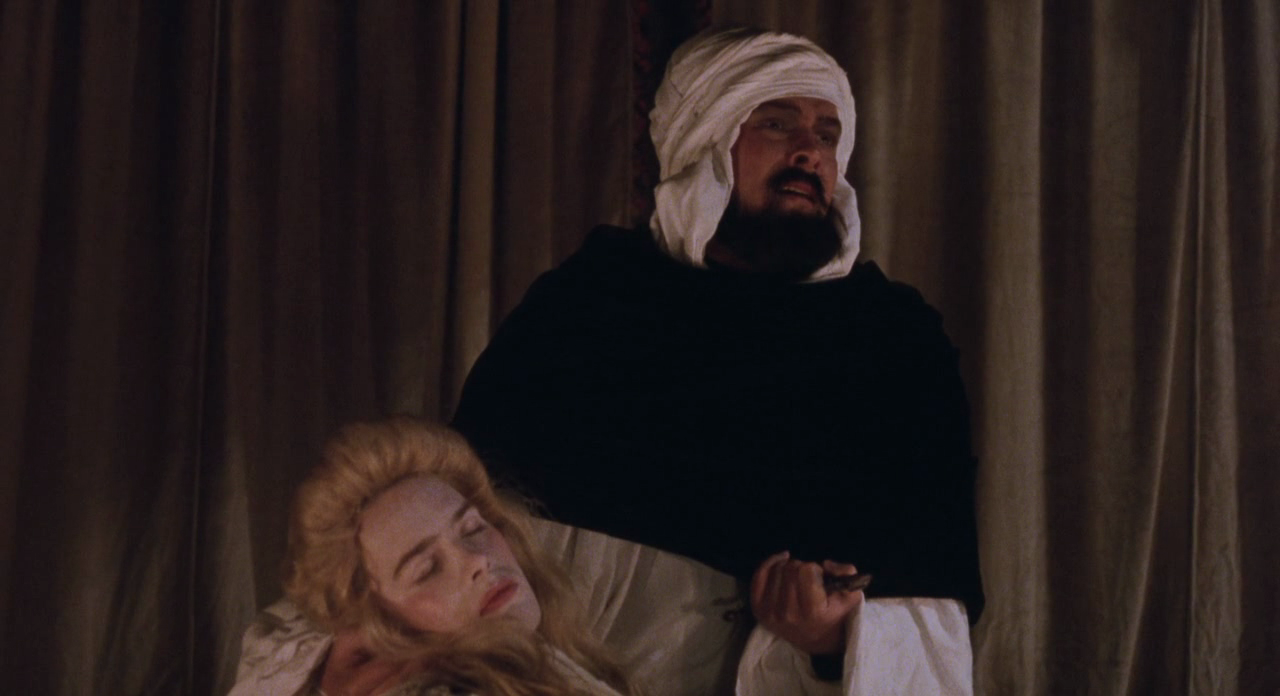 "Speak of me as I am; nothing extenuate,
When you shall these unlucky deeds relate,
Nor set down aught in malice: then must you speak
Of one that loved not wisely but too well;
Of one not easily jealous, but being wrought
Perplex'd in the extreme; of one whose hand,
Like the base Indian, threw a pearl away
Richer than all his tribe." 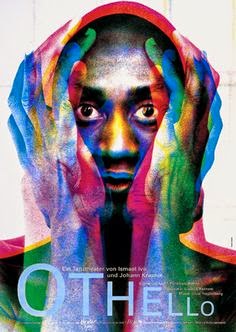