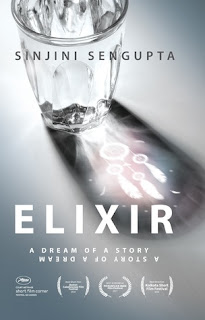 “All that we see or seem/ Is but a dream within a dream.”
Edgar Allen Poe

A brown unlabelled bottle hidden away behind a rack of books is what brings Manisha alive, Manisha who is married to Amit who has mastered “the art of throwing his weight around, of keeping tight control.” While people around her seem normal, never having been “confused or angry or even conflicted at points of decisions”, Manisha, who has given up a high-paying job, is not ready to be a trophy wife.

Her childhood is punctuated by stories narrated by her Amma, from the Mahabharata and the sacrifice of Devavrata who could choose the time of his death. One truth must have stayed in her mind. “What does it matter what others say, Moni? You know your truth the best, you always do.”

Thus, when it comes to the moment of truth, Monisha knows exactly what she is meant to do with her life. She walks into a newly opened coffee shop, done up with clay and terracotta, where an old man with bright eyes, deep with wisdom, offers her a glass of water. Suddenly across the room, at the other corner, she sees another man. In an instant, she realizes that maybe it is time to “spill the water and jump out of her goldfish bowl.”

The dream catchers on the evocative cover of the book creep into the minds of the readers, swaying from side to side like pendulums. They make a tinkling sound against each other, pregnant with dreams, dreams in which they have timed Manisha in. The descriptions are soothing and poetic. “He looks so alive, and yet he is so ancient, as if he has always been, always. It seems they have known each other for a long time. Through ages, through time and back. Across river banks and temple staircases, across branches of wood on the mountain slopes, through solar eclipses and the stars.”

Manisha knows that she has a choice, either weave back her safety net or the free fall, her life between the two of them; a choice between a life of duty and one of utter freedom and happiness.  She is aware of her other reality, almost in a sense, a parallel existence. “She is now beginning to understand that another world lies beneath her pillow, in the depths of nights.”

Does Manisha finally find her true home, the place where she truly belongs? The rain is a continuing motif in all the significant moments in her life. As her tears finally wash her down, bathing her clean of her prejudices, can she carry on living in parts, in half lives? Does she have a bond with the universe as she explores her possibilities, uncovers her myths?

These and many questions are answered at the end of Sinjini Sengupta’s starkly poignant book, even as Manisha tries to unravel her unusual life. Ms. Sengupta uses language that falls on the soul as gently as snowflakes, leaving a caress in its wake. There is a delicious languor in her storytelling that carries the reader along with Manisha right till the end.

The question one wants to ask has already been asked early in the book.
“Listen – are you breathing just a little, and calling it a life?” 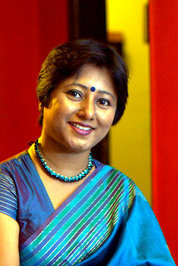