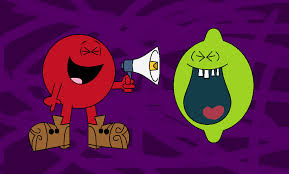 
Noise pollution is a word much bandied about in a world that is being suffocated by all kinds of pollution. Our roads are clogged with traffic, where drivers relentlessly blow horns, even as helpless pedestrians look around for an inch of space to walk on. Brakes squeal, auto drivers skid all over the place and irate commuters give in to temper tantrums in the middle of the road, giving rise to more mayhem than ever.

Imagine a scenario when you are travelling along, listening to FM Radio, where a well-modulated voice tells you to sit back and enjoy your drive. “Take deep breaths, and keep your eyes on the road...!” Just as you are being lulled to a drowsy feeling of wellness, a bike swerves right in front, causing you to slam on your brakes with a jerk. “What a jerk!” is the thought that shoots through your shaken brain, pun definitely intended.

The unkindest cut comes when the said bike driver shakes a clenched fist at you, and screams, “Crazy, are you? Can’t you see where you’re going?” It is time to get out of the car, point an accusing finger and scream back in a louder and more impressive tone. “Who are you calling crazy? Weren’t you the idiot who jumped in front of my car?” Noise pollution, indeed! By then, an interested crowd would have formed, eyes alive with curiosity, and heads that swerve from side to side almost akin to watching a tennis match.

Perhaps, we are a loud nation in our own right. People who live in glass houses should not throw stones, it is said. However, people who live in apartments should not throw their voices around either. I had gone to a friend’s house on the third floor and in the midst of an entertaining conversation, I suddenly heard loud chanting from the distance. At my look of askance, my friend grinned, saying, “Oh, that gentleman lives on the ground floor and he and his wife have regular arguments, which are audible to the entire lot of people living here.”


“Doesn’t it bother you?” I couldn’t help asking.

“Well, it did at the beginning. Now, we have got used to it. When you can’t avoid it, enjoy it!” Her breezy answer made me smile.

Just last week, my husband and I went to a restaurant for lunch. Since we were a trifle early, the place was empty. As I sipped my lime-mint cooler, glancing at the menu, I suddenly heard a loud voice barking orders. When we looked around, a man was striding in, talking in hands-free mode, giving instructions to some unfortunate soul who had awoken his ire, or so it seemed. The voice reverberated through the silent interior, broke into our eardrums and shattered the peace that we had been enjoying. I could hardly hear myself speak, and my husband looked pointedly at the man who had by now sat down. There were two chartered accountants whom he was interviewing for a job in Mumbai and by the end of the conversation, I could myself have applied for the job, so ear-piercing were his questions.
The two applicants were obviously softer, and answered to the point, even as the foghorn kept talking to them, and into his phone.

There was a pause as they began to eat, and then the voice said, cutting through the silence once again, “You have seen how I address you, right?” I don’t know what came over me, for right in the split silence that followed, I replied, “Very loudly!” Though I was not loud, the retort came out clearer than I had expected it to, and I could imagine shock-waves going through the minds of three men.

The silence that followed was such a relief. Obviously, the man was too shell-shocked to react, and the silence continued till the end of his meal, and ours. 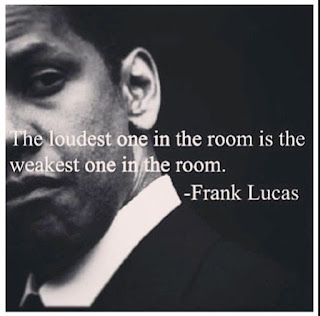 What is the psyche behind using public spaces as one’s personal space? Why do people behave as though they have never used mobile phones in their lives, as they shout into them, almost causing ear drums around to crack in protest? I can only imagine the effect they have on the hapless souls listening to them at the other end. These foghorns barge into spaces, their voices entering the room before them, and the whole world is forced to eavesdrop unwillingly as they wax eloquent about their personal lives, their myriad achievements, the assets they own (apart from a particularly invasive voice) and salacious gossip. 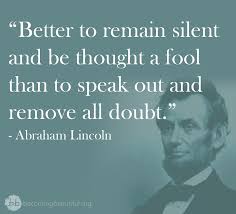 The other irritant is when a rooster crows, loud and clear, in a cinema theatre or a hall where an event is taking place. Despite every MC worth his salt reminding folks to turn off their mobiles well before the start, there will be one or two uncaring souls who do not do so. In the midst of an interesting discussion on stage or a lively scene being enacted, the rooster will keep crowing at intervals, and the owners will have the cheek to pick up their calls and shout, drowning the voices on stage. Talk about having the hide of a rhinoceros!  Hisses and boos follow, as heads swerve and gimlet-stares do little to allay the situation. The rhinoceros continues, little realising that if looks could kill, he would be a heap of cinders on the floor at that moment. 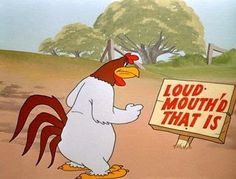 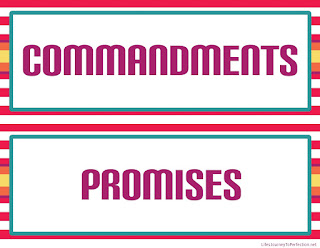 A few commandments to be followed:

1.      Do not assume that you are the only person in the world.
2.      Do not assume that the whole world is interested in you.
3.      The mobile phone does not keep you alive; your breaths do.
4.      Keep your phones on silent mode in public spaces that demand silence.
5.      Only stage actors need to throw their voices across the room.
6.      Do not behave like a star player, even if Shakespeare did say that all men and women are merely players. He did not mean it in the way it is being taken today.
7.      Respect every person’s personal space. Trespassers will be prosecuted.
8.      Finally, keep your decibel levels under control, whatever the provocation. You may love your voice; others might not.

After all, who was it who said, “There are some people who always seem angry and continuously look for conflict? Walk away; the battle they are fighting isn’t with you, it is with themselves.” 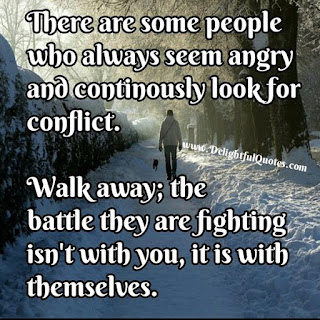